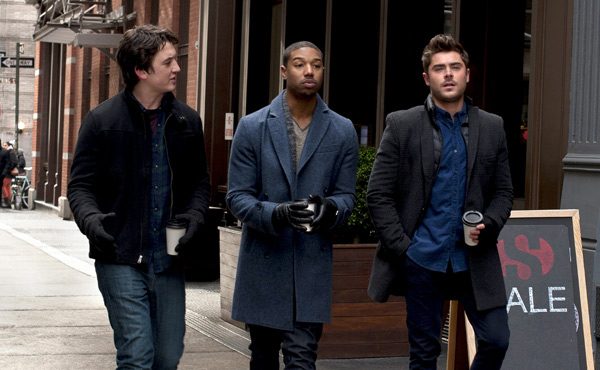 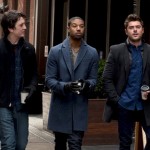 Anyone who has been in a relationship, in one form or another, should be able to recall that sometimes uncomfortable realization when their casual dating had become something more serious. Jason (Zac Efron, “The Lucky One”), in That Awkward Moment, has dubbed that instant when a girl asks, “So, am I your girlfriend now?,” or some variation thereof, “the so moment” and it is generally answered by his hightailing it out of the bedroom with a funny story to tell his friends.

Yeah, he is a classic player — but not like Jeremy or John from “Wedding Crashers” were — no, Jason is a shallow asshole, through and through. His equally unlikable partner in “roster” building (listing of sexual conquests) is Daniel (Miles Teller, “The Spectacular Now”). Together they make a pact in support of their bud Mikey (Michael B. Jordan, “Chronicle”) who has recently separated from his wife. The single life is the only life to live for these three musketeers, because women are meanies and let’s be realistic, any woman willing to have them is obviously flawed in some way.

But even though they’re obvious in their intents, women want them, again and again. It’s easy when you’re 20-something and good looking with and without clothing on (also simplified so the movie can keep pressing along). Gents of a certain age will certainly get a rise from the proceedings, after all they’ll wish they were living the only-in-my-dreams lifestyle. But even the boys of That Awkward Moment know their no-ties lifestyle is ill-fated. Jason has his bearings sent off course by Ellie (Imogen Poots, “Filth”). Daniel realizes his longtime wing-woman, Chelsea (Mackenzie Davis, “Plato’s Reality Machine”) is the one for him. Mikey, well he pines for his cheating wife Vera (Jessica Lucas, “Evil Dead”). None of the boys admit to each other that they’re secretly straying from the pact which should offer some funny “almost caught” misadventures but it doesn’t.

Instead, writer/director Tom Gormican (one of many responsible for the production of “Movie 43”) lets the pieces of the story haphazardly fall where they may, not letting his characters develop into anything other than the asses they started as (although Mikey is a decidedly smaller ass than the others). Sure there is the climax at the end when Jason has his moment of clarity but he didn’t grow into this, hell, if That Awkward Moment actually followed reality he would never have made it to be in position for his epiphany (the shit he does to Ellie should never have been forgiven). 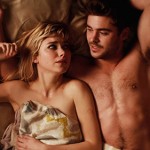 One for the “roster.”

However, even though the king of dick swinging isn’t a likable guy and doesn’t deserve a happy ending, Efron is good at delivering him. It’s a simple one-dimensional role that Efron can do without effort mostly by just flashing his smile and giving a wink when called upon to do so. The bulk of this rom-com’s one-liners are dropped to Miles Teller to deliver and thanks to the party roles he’s dined upon in the past (“Project X,” “21 & Over”) he chews them up and spits them out orderly fashion. As for Jordan as the doctor who thought he was connecting all the right dots in his life, well let’s just say his character is an aside and would have fared better had he been in another film.

That Awkward Moment is not a thinking man’s movie. Nor is it much of a movie for comedy or romance. Funnier scenes like the one in which the guys try to pee after taking Viagra are scarce and treating women like objects (even if they don’t seem to mind) can never be construed as romantic. And as a sophisticated man, watching these guys act the way they act (and more often than not partially in the buff) is plain awkward too. 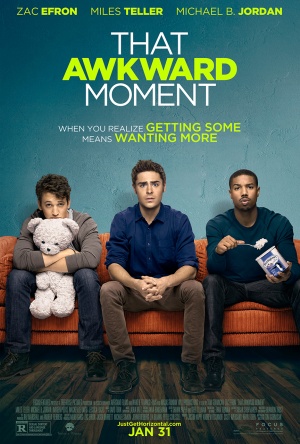