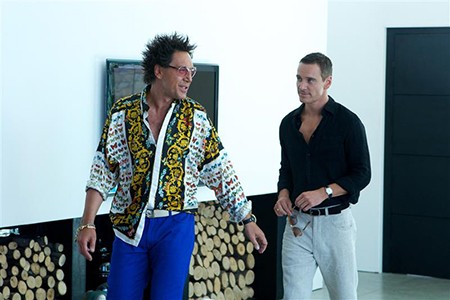 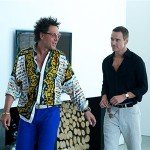 If ever you were looking for a movie where every day, conversational dialogue is turned into a form of deep, philosophical lecturing, then stop your search now, The Counselor is it. What you’ll also find is it’s a fresh, innovative, suspenseful film that, while suffering at times from a slow, disjointed tempo, has an intriguing message about the pitfalls of greed in the modern age.

It takes place in a restive, unnerving Texas where the cartels dominate more than Jerry Jones’ bank account. ‘The Counselor’ (Michael Fassbender, “Prometheus”) has hastily ventured into the drug game, working with a middleman named Westray (Brad Pitt, “World War Z”) and a lavish club owner, Reiner (Javier Bardem, “Skyfall”), to seal a $20 million deal. As luck, or rather bad luck would have it, things do not go as planned and ‘The Counselor,’ through no fault of his own, becomes the target of some very unhappy Latino drug dealers.

And when Latino drug dealers are not happy, people die.

Lucky for them (and fans of sadism) there are plenty of people to butcher. Stabbings, shootings and breakings find a happy home in this dirty, unpredictable world penned by Cormac McCarthy in his first official screenwriting attempt (many of his novels, including “No Country for Old Men,” have been adapted to film). ‘The Counselor,’ bounding around to Boise, Chicago and London, does everything in his power to keep himself and his naïve, high-cost fiancée, Laura (Penélope Cruz, “To Rome with Love”) from being included in that company. Hidden agendas, double-crosses and seduction hamper his attempt.

In the role of this pompously flawed man who is so in love that he has made some really terrible decisions, Fassbender is marvelous. There is more to this passionate guy than meets the eye and Fassbender manages to delve so far into his role that it’s hard to discern character from actor. Javier Bardem — with his porcupine spiked hairdo — proves to be compelling as well and serves as a veritable machine for quotable one-liners. The fear he ultimately displays of his frisky, cheetah-spot tattooed girlfriend, Malkina (Cameron Diaz, “What to Expect When You’re Expecting”), is something that helps to define the tone of the movie and drive it forward. 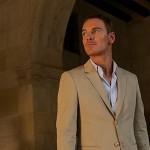 Where director Ridley Scott (“American Gangster”) wants The Counselor to go sometimes gets lost, though. The auteur wants nothing more than to confuse the audience, leaving them questioning everything and everyone every step of the way. To this, he succeeds with the out of sync plot chronology, the tight framing of his shots and the use of Daniel Pemberton’s music to jolt the viewer unexpectedly. When minute 117 comes around, however, he could have tied up a few more loose ends and offered an explanation or two without his vision getting compromised.

That quibble aside, The Counselor delivers the best weighted dose of suspense and thrills of the year. It may not be Scott’s or McCarthy’s best work but as Westray says to ‘The Counselor’ during one of many complex discourses “It’ll rip out your liver and feed it to the dogs.” In many ways, The Counselor does just that. 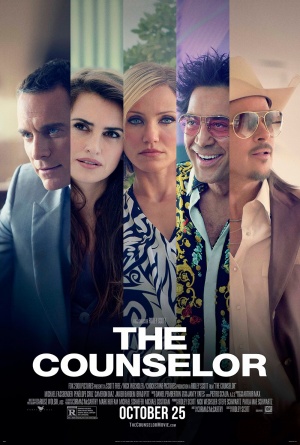