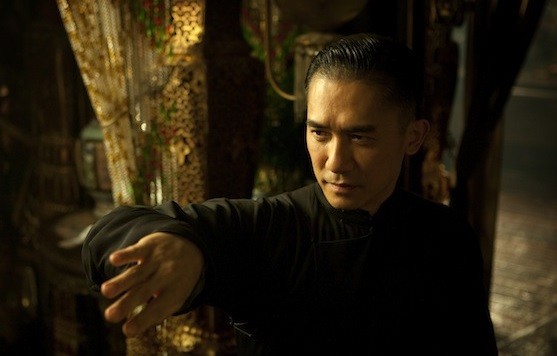 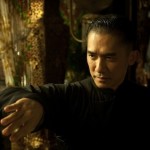 Most famous and renowned for his passionate tales of romance, Kar Wai Wong still seems like an inspired fit for Chinese martial arts moviemaking. The beloved director has a lyrical control of tone and atmosphere, can precisely pace a picture, and has exhibited careful control of the camera. The challenge of melding artful storytelling with thrillingly executed fight sequences, a daunting task unfulfilled by many modern filmmakers who focus primarily on the fighting, feels like a conquerable task for Wong. So even when he’s tackling a story that has been cinematically ubiquitous of late, that of Wing Chun master and future Bruce Lee mentor Ip Man, Wong seems poised to create something unique. So it was with sad bafflement that I found Wong’s The Grandmaster to be more clash than marriage of styles and disciplines.

Beginning with an intriguing, though overly cluttered battle in rain that constantly and stubbornly tries to be the star of the sequence, Wong’s movie introduces us to Ip Man (the always reliable Tony Leung) in his early years. Plenty of onscreen text, delivered plainly, fills us in on the division between North and South Kung Fu, a distinction that leads to Ip Man being selected to represent the South with his brand of Wing Chun fighting. This leads to a playful series of duels that inform us of other Kung Fu styles from the South. It’s all used as an excuse to pile on the martial arts heavily and early, which is completely understandable given the subject matter and the genre.

But before The Grandmaster can settle into a narrative groove, it catapults us to a further point on the timeline, an effect achieved awkwardly with the inclusion of voice-over narration and more onscreen text that lets us know we’re skipping over stuff like the Japanese invasion of China and the whole of World War II. Once the smoke clears, we’re in 50’s Hong Kong with Ip Man, who ends up separated from his family and suddenly interested in looking up possible flame Gong Er (Zhang Ziyi), the daughter of a retired grandmaster and a skilled martial artist herself.

This takes Wong’s movie into territory he knows all too well. Suggestions of forbidden romance touch the edges of scenes involving Leung and Zhang, but the warmth of such passion never pushes beyond the perimeter to actually affect their exchanges. Instead, a frigidity exists between them, shattering any possibility of emotional investment in their almost relationship, an especially grievous decision when the scenes take a turn for the sentimental late in the movie’s aimless search for an ending.

Terribly unfocused at times, The Grandmaster suffers from a rough smashing together of basic biopic conventionalism and potentially poetic surrealism. Instead of achieving a smooth connection, Wong has mashed these pieces together into a gnarled experience that results in constant disruptions. At one point, when we meet up with Gong Er again, her narrated ponderings send us back a decade to a lengthy flashback that almost arbitrarily dominates the next considerable chunk of the movie.

When we reconnect with Ip Man, the gap between his onscreen arc and any sort of dramatic achievement has widened, leaving the movie to crack and emotionally erode. There’s just so little to care about when the protagonist can’t even keep the movie’s attention. Dreamlike imagery during the fight sequences and shots of nature caught in the balletic mayhem have plenty of potential and hint at the visually engaging movie Wong is capable of making. Even the fights suffer from overzealous cutting, the movement truncated by edits that occasionally hit their mark in terms of isolating a certain collision of fist or foot, but mainly just obscure the masterful blows hurled between opponents. 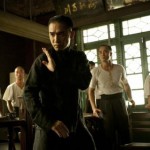 The malleable timeline proves to be a formidable enemy that topples the narrative, causing the most damage. Wong’s attempt to cover several different eras of Ip Man’s life relegates The Grandmaster to a standard, scatterbrained package that never feels emotionally anchored and instead skims the surface of various experiences. It’s hard to fathom, but Wilson Yip’s 2008 and 2010 pictures about the martial arts master (“Ip Man” and “Ip Man 2: Legend of the Grandmaster“) are far more focused, engaging, and exactingly edited during the fights than Wong’s movie. The Grandmaster remains more artful in its desires and visual construction than its related predecessors, but those earlier efforts make the most of their straightforward, action-packed plan, while Wong’s movie boils its ambition and collective talent down to a messy paste.

Having world-class performers like Leung and Zhang certainly lends an air of respectability to the movie, while Wong’s handling of the action (choreographed by Woo-ping Yuen, of course) is intriguing even when it’s not as immediately visceral and beautifully open as it could be. The pieces are all here for the classiest and most mesmerizing martial arts picture since Ang Lee’s “Crouching Tiger, Hidden Dragon,” but lofty expectations aside, The Grandmaster is too clunky throughout to achieve any semblance of methodical flow. It’s an oddly contradictory picture, one that depicts moves of great power and focus, while itself remaining a sort of bumbling wanderer. It kicks, it punches, it loses its balance. 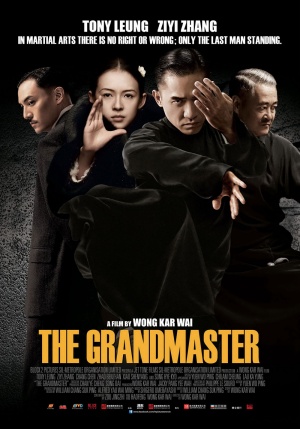