In case you didn’t find that “Interstellar” pre-chewed all of its own emotions for you enough, Wild, adapted from Cheryl Strayed’s memoir “Wild: From Lost to Found on the Pacific Crest Trail,” is here to spoon feed you its own derivative “cold mush.”

Wild follows Reese Witherspoon (“Mud”), as Cheryl Strayed, on an ambitious and desperate hike across the PCT, which stretches from Mexico to Canada, undertaken in the wake of the tragic death of her mother (Laura Dern, “The Master”), a reckless drug and sex fueled grieving process, and her resulting heartbreaking divorce from seemingly loving and supportive husband Paul (Thomas Sadoski, “The Newsroom” television series). While overall a nice film, at times sweet and “inspirational,” for the most part, Wild fluctuates between beating audiences over the head with exposition and leaving major plot elements unexplained.

I hesitate to compare this film to “127 Hours” and “Into the Wild” because, aside from its first stomach-turning scene, Strayed’s journey is more or less sterilized. There is no actual overarching personal transformation or realization by the end of the movie (though I hope there is in the memoir, which I thoroughly intend to read); at its end, the only thing that has changed about our heroine is that, now, she doesn’t have to hike anymore.

More specifically, Cheryl is shown to have completely exhausted the supply of food she is able to prepare (due to a packing mistake) in only eight days. If she had not luckily happened upon a man doing unspecified work in the desert, Frank (W. Earl Brown, “The Sessions”), who offers to get her a hot meal and a shower at his home, she would have been completely screwed.

Once they arrive at Frank’s house, Cheryl is shown to devour the food presented to her like a starved animal. Witherspoon’s acting is on point in this scene; it just comes way too early in the movie. The moments leading up to her initial encounter with Frank are a montage of Cheryl eating, during no point of which is she shown to give any thought whatsoever to the preservation of her resources or appear to go long without food. Her reaction at Frank’s dinner table, had it occurred at or toward the end of her journey — or even its halfway point — would have been significantly more plausible. But after a mere eight days?

Maybe I’m being hard on her because I once had my jaw wired shut for six weeks and didn’t even act that way during my first celebratory meal afterward, but still. Again, I have not yet read Strayed’s memoir, so all I can say is that if this reaction was added to the film and not a part of the original text, it should not have been. Especially because it essentially marks the end of the section of the movie that shows Cheryl struggling with anything. 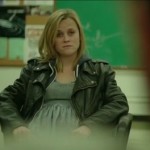 In the first few scenes, Cheryl grapples with getting her mammoth backpack on and standing with it and setting up her tent for the first time. The only “learning” that is evident, even here, however, is that eventually she gets the backpack on and eventually she sets up the tent. Hooray. From that point on, there are challenges, but she is not shown to approach them as someone edified in any way by what she has experienced thus far.

All of this is to say that at no point are viewers shown that Cheryl has grown because of her journey — although we ARE incessantly TOLD that she has.

One scene that perfectly exemplifies this chronic problem with Wild is when she goes home with a charismatic music guy (Michiel Huisman, “World War Z”) after a Jerry Garcia tribute concert at one of her civilized stops along the way. In the morning, Cheryl is shown to have written her ex-husband’s name in the sand outside of music guy’s home in the size one would write SOS on the shore of a deserted island. Her facial expression is, at once, nostalgic, puzzled, and determined, and she begins to wipe the name away. Around this time, the man from the night before appears, shirtless, in his doorway, and she quickly erases the remainder of the name. Do you get it? I got it. But screenwriter Nick Hornby wasn’t sure we would understand the symbolism of this scene: Simultaneously, a voice over redundantly explains what Cheryl is doing and what it is supposed to mean.

Witherspoon’s disembodied, echoey voice, as if addressing Paul directly, says that she wrote his name in the sand that day. Uh, we know. We saw you do it. She then says that she has done that on every beach since they met. Okay, fair enough. We didn’t explicitly know this fact, but it would be pretty strange if this morning was the first time she’d ever written it, no? Next, she explains that she isn’t going to do this anymore. Right. That was implied. Then, as if we still don’t get what she’s trying to say, the camera cuts to reveal that the voice over is really the words of a letter she is writing to Paul. THEN, in case for some reason that is still not enough, Cheryl literally says that she is ready to move on AND, because us thickheaded audience members need more to get the point, she tears the letter out of her notebook and tosses it into a fire. (This last part is, actually, the only hypothetically justifiable part of this scene; earlier on, at Kennedy Meadows, a friendly camper encourages Cheryl to burn books after she’s finished reading them, so she has less to schlep around. When she indicates her refusal to burn certain books that remind her of her mother, the guy shrugs and says “it’s your weight.” However, even if the purpose of throwing the letter into the fire is to illustrate that she is ready to stop carrying the emotional weight of her failed marriage, it’s still an extremely redundant gesture at this point in the film).

So, yeah. Wild is certainly not the worst movie you could see this winter, but unfortunately it is one of several that just sort of tells you what you’re supposed to be feeling rather than trusting itself to evoke a legitimate emotional response. Witherspoon’s acting is great, Laura Dern is wonderful, and if, like me, the last time you saw Gaby Hoffman was in “Obvious Child,” you’ll probably chuckle at the way she responds to Cheryl’s possible pregnancy, but if Evan O’Toole’s devastatingly adorable singing doesn’t bring an obligatory tear to your eye, don’t expect to feel much about the rest of the movie, either. 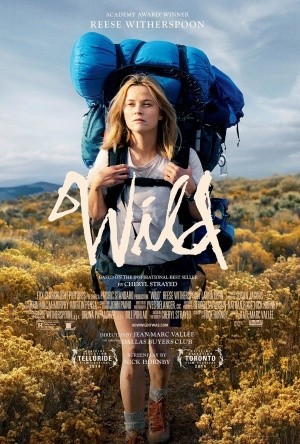