It’s taken a ton of effort but it’s finally here . . . well at least the first trailer for it is. And as expected, Deadpool isn’t going to be mincing any words or actions. After all, his face looks like “Freddy Krueger face-fucked a topographical map of Utah.” That’s just one of the after effects Wade Wilson (Ryan Reynolds) lives with as a result of the experiments done to him with Wolverine’s blood. He is also incredibly agile and possesses near invincibility due to his ability to heal near instantaneously (like Wolverine). Cut loose from government employ for not playing nice with others, he is the perfect anti-hero to meter out justice as he sees fit. Usually with swords and guns. Check out the bloody good fun in the embedded red-band trailer courtesy of 20th Century Fox. 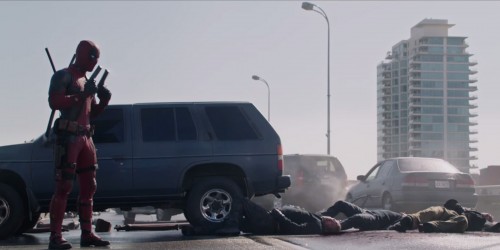 Official Synopsis:
Based upon Marvel Comics’ most unconventional anti-hero, Deadpool tells the origin story of former Special Forces operative turned mercenary Wade Wilson, who after being subjected to a rogue experiment that leaves him with accelerated healing powers, adopts the alter ego Deadpool. Armed with his new abilities and a dark, twisted sense of humor, Deadpool hunts down the man who nearly destroyed his life. 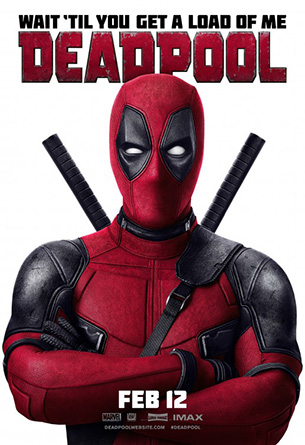