As interesting as the Star Wars franchise has been (and continues to be), it can’t seem to shake old tropes. Take for instance the Death Star. It appears in all but the first two films (someone fact check me, please) and, although under a new name, even appears as in “Star Wars: The Force Awakens.” Guess what? It’s central to the plot in Rogue One: A Star Wars Story too. This time it involves the Rebellion trying to get their hands on the plans for the Death Star by employing the daughter (Felicity Jones) of its architect (Mads Mikkelsen). I think we know how it turns out since this movie is basically a prequel, but getting there should still offer a few surprises. Plus hearing James Earl Jones voice some new Darth Vader lines promises to be cool too. Check out the latest trailer courtesy of Lucasfilm and Walt Disney Pictures. 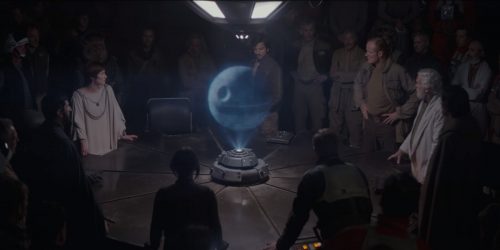 Official Synopsis:
Jyn Erso, a Rebellion soldier and criminal, is about to experience her biggest challenge yet when Mon Mothma sets her out on a mission to steal the plans for the Death Star. With help from the Rebels, a master swordsman, and non-allied forces, Jyn will be in for something bigger than she thinks.

Rogue One: A Star Wars Story leads a rebellion in US and UK theaters on December 16, 2016. 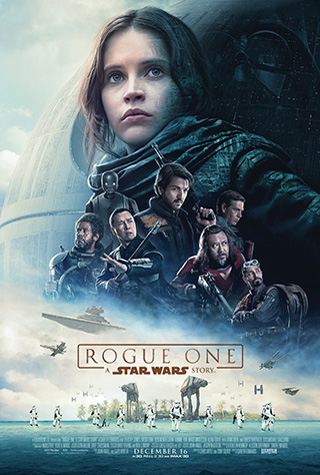