Not to be outdone by the unveiling of the main antagonist in the latest trailer for “Batman v Superman: Dawn of Justice” (Doomsday, by the way), X-Men: Apocalypse jumps right into unveiling theirs — Apocalypse — in this first trailer. Bathed in royal blue and awakened from a timeless slumber, En Sabah Nur (his ancient name, played by Oscar Isaac) seeks to cleanse the Earth of false leaders and all who follow them. The X-Men, now with Mystique fighting by their side (a consequence from “X-Men: Days of Future Past”) must rally human and mutant alike to stop his and his “Four Horsemen” from seeing the plan through. Take a peek at what’s in store for Memorial Day weekend in the embedded trailer courtesy of our friends at 20th Century Fox. Hint: There’s a lot of things going “Boom.” 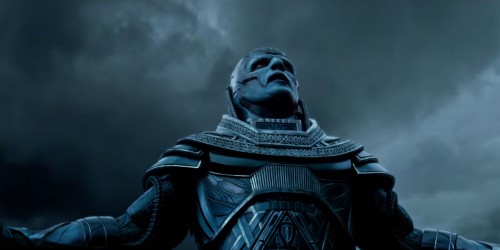 Official Synopsis:
Since the dawn of civilization, he was worshipped as a god. Apocalypse, the first and most powerful mutant from Marvel’s X-Men universe, amassed the powers of many other mutants, becoming immortal and invincible. Upon awakening after thousands of years, he is disillusioned with the world as he finds it and recruits a team of powerful mutants, including a disheartened Magneto (Michael Fassbender), to cleanse mankind and create a new world order, over which he will reign. As the fate of the Earth hangs in the balance, Raven (Jennifer Lawrence) with the help of Professor X (James McAvoy) must lead a team of young X-Men to stop their greatest nemesis and save mankind from complete destruction. 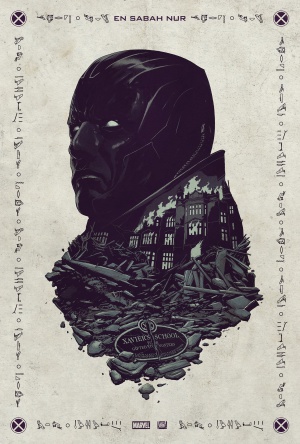