It’s been 20 years since Lloyd (Jim Carrey) and Harry (Jeff Daniels) graced the screen with their idiotic antics. And from watching the first trailer for the Farrelly brothers Dumb & Dumber To in those 20 years absolutely nothing has changed. Other than perhaps that a woman (Kathleen Turner in a career defining role) apparently had sex with Harry and bore him a child he had no idea about. This leads the duo on another cross country road trip from which much asininity ensues. Much of what transpires has a “seen it before” feeling to it, but for the most part the pairing still works for generating laughs of the lowest denominator. Watch in the embedded trailer courtesy of “The Tonight Show Starring Jimmy Fallon.” 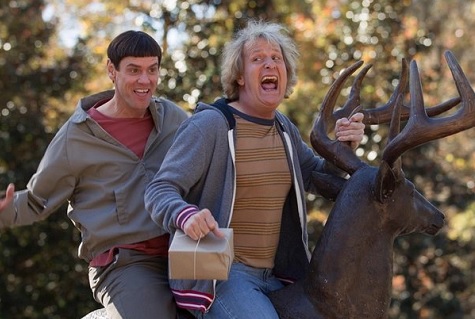 Official Synopsis:
20 years after the dimwits set out on their first adventure, Lloyd (Jim Carrey) and Harry (Jeff Daniels) head on a road trip to find a child Harry never knew he had and the responsibility neither should ever, ever be given. 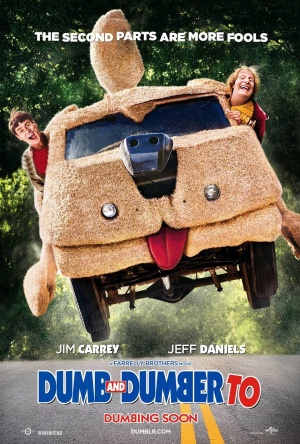