Feeling very much like a a mix of “Gladiator” and “Clash of the Titans,” Metro-Goldwyn-Mayer and Paramount Pictures presents the first full trailer for Hercules. In it Hercules (played by everyone’s favorite wrestler turned actor, Dwayne Johnson) just wants to be left alone and care for his family. Unfortunately for the man who just so happens to be the son of Zeus, that is not an option as powerful forces conspire against humanity and a demi-god hero is all that stands in their way to stop them. Also unfortunate (for viewers this time), is the film doesn’t seem to offer up anything new to the genre, instead relying on the old standby of big, loud CGI creatures and large scale battles with lots of yelling, sword wielding fighters of questionable skill. See for yourself and let’s hope I’m wrong. 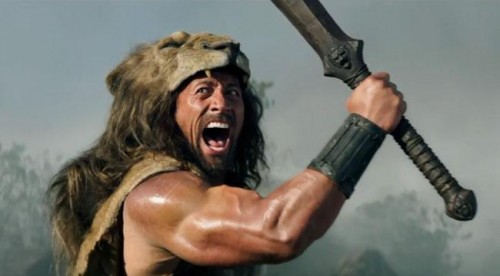 Official Synopsis:
Both man and myth, Hercules (Dwayne Johnson) leads a band of mercenaries to help end a bloody civil war in the land of Thrace and return the rightful king to his throne. A tormented soul from birth, Hercules has the strength of a God but feels the suffering of a human. Unimaginable villains will test the mythical power of Hercules in Director Brett Ratner’s gritty take on one of the most epic action heroes of the ages.

Hercules faces off against evil in US and UK theaters on July 25, 2014. 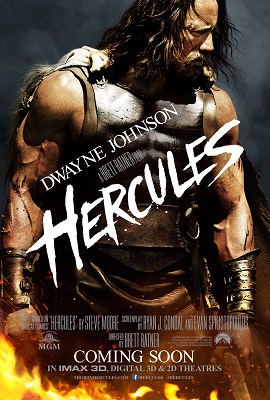