A new (and supposedly final) trailer for the sci-fi actioner Ender’s Game is now available for viewing. Within, fans of the bestselling novel will find an improved array of dizzying visuals to support the tale of the life and death struggle of the human race. Asa Butterfield appears more stoic in this trailer as well — an attribute necessary as the character he plays, Ender Wiggin, is expected to save humanity from an alien invasion. Harrison Ford as a grizzled Colonel responsible for training Ender gets in a few powerful lines too. Check out the embedded trailer and get ready for the assault. 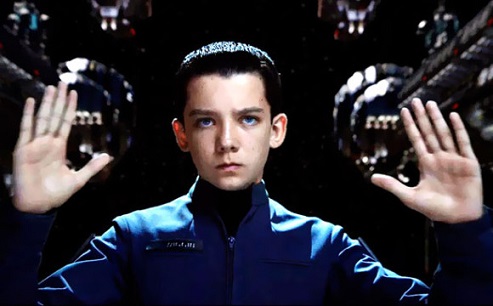 Official Synopsis:
In the near future, a hostile alien race (called the Formics) have attacked Earth. If not for the legendary heroics of International Fleet Commander, Mazer Rackham (Ben Kingsley), all would have been lost. In preparation for the next attack, the highly esteemed Colonel Graff (Harrison Ford) and the International Military are training only the best young children to find the future Mazer. Ender Wiggin (Asa Butterfield), a shy, but strategically brilliant boy is pulled out of his school to join the elite.

Arriving at Battle School, Ender quickly and easily masters increasingly difficult war games, distinguishing himself and winning respect amongst his peers. Ender is soon ordained by Graff as the military’s next great hope, resulting in his promotion to Command School. Once there, he’s trained by Mazer Rackham, himself, to lead his fellow soldiers into an epic battle that will determine the future of Earth and save the human race. 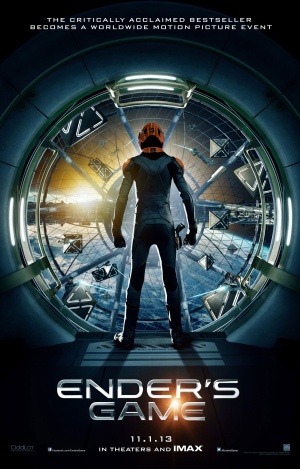