Focus Features has released the first trailer for Fifty Shades of Grey, the film adaptation of E. L. James novel of sexual fantasy, and I can already hear the exasperated gasps. Why this particular book struck a chord with every woman alive, I’ve no idea but the film is certain to liven things up further. Leading the seduction as the billionaire businessman, Christian Grey, is Jamie Dornan. Getting seduced as the initially naive Anastasia is Dakota Johnson. Together, as this or any trailer to come will show, they’re filling a deep, dark need for each other while steaming up the bedroom (and any other room they find themselves alone in). The trailer above is a bit tame, however, so it’ll have to do until a red-band trailer hits. I don’t see that being a problem, ladies. Enjoy.

Fifty Shades of Grey seduces US and UK theaters on February 13, 2015. 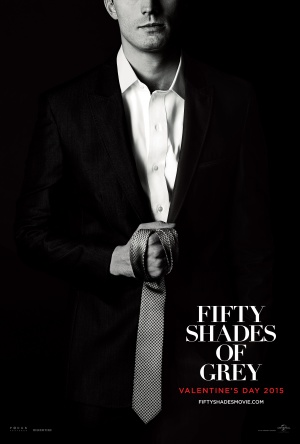