2013 is apparently the year of Ethan Hawke. Aside from starring in the romance drama, “Before Midnight,” and the horror science-fiction flick, “The Purge,” he’s also racing through the streets in Getaway. Borrowing tropes from movies like “Drive,” “Transporter 2” and “Fast and Furious 6” he’s tasked with doing the bidding of the man who has kidnapped his wife. From the trailer, what that bidding is isn’t exactly known but it involves a young hacker (Selena Gomez, perhaps miscast?) and a fast as hell modified Shelby Cobra Mustang. Watch the action now! 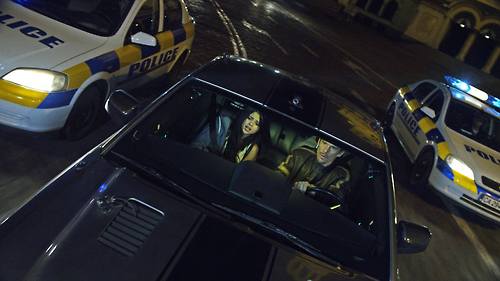 Official Synopsis:
Getaway is the gritty, heart-pounding action thriller from Warner Bros. Pictures and Dark Castle Entertainment in which former race car driver Brent Magna (Ethan Hawke) is pitted against the clock. Desperately trying to save the life of his kidnapped wife, Brent commandeers a custom Shelby Cobra Mustang, taking it and its unwitting owner (Selena Gomez) on a high-speed race against time, at the command of the mysterious villain holding his wife hostage. 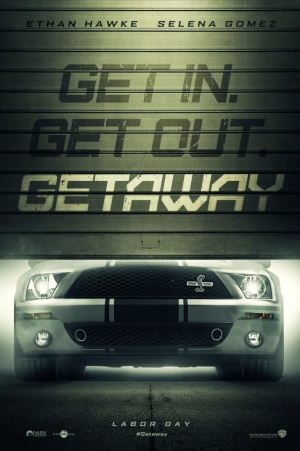