From the producers of “Grown Ups” and “Just Go With It.” I’m not so sure that is a badge of honor to wear. Anyways, Sandler and the Happy Madison team have concocted Jack and Jill, a film that gives an audience twice the Adam Sandler in one sitting. One as his boyish self and one . . . as a woman! The fraternal twins come together over the Thanksgiving holiday where Jill predictably overtakes Jack’s house causing all sorts of “hilarious” havoc. Watch the trailer at your own risk. 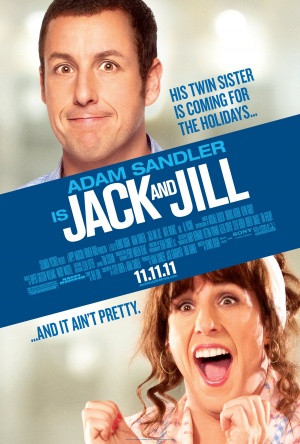