How can you improve upon a horror classic like “The Texas Chainsaw Massacre?” By making it in 3D, of course! The movie is Texas Chainsaw 3D and it continues the rampage of the infamous Sawyer family. Thought to have been killed off, they’ve actually found refuge in the cellar of an old Victorian mansion — a mansion bequeathed to a young girl named Heather. Poor girl, as she, and her friends (young stereotypical adults never go anywhere by themselves!), unwittingly step into the Sawyer’s horrific world. The trailer debuted by Lionsgate is now available. It doesn’t fill the eyes with gore or dismemberment but the reintroduction of Leatherface and his chainsaw is enough to get the hair on your arms to stand on end. Check it out. 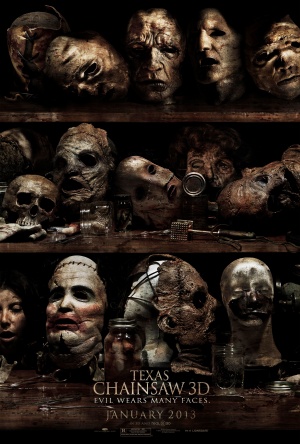