Replacing Kurt Russell with Mary Elizabeth Winstead? That’s gotta be counted as a strike against the remake of The Thing. Then again, maybe she has an inner Sigourney Weaver she can channel. From the first theatrical trailer which has debuted today, we can’t be sure. Unfortunately, there aren’t any instances of her directly confronting the creature, but its clear that as the shape-shifting thing devours and mimics the Antarctic research team she’s a part of, and she’ll have to face off with it. Hopefully, upcoming trailers will show me more and make me a believer that this version is better than the 1982 original. Until then, I’ll reserve comment. 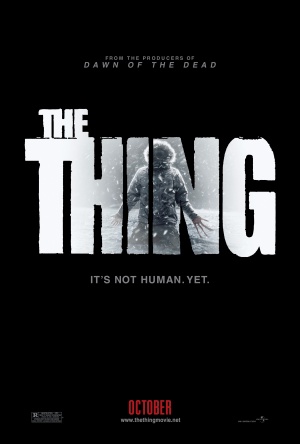