Sure it feels a bit like “The Wizard of Oz,” but there is certainly a sense of wonderment to Walt Disney Pictures’ upcoming Tomorrowland. With the touch of a button, young Casey (Britt Robertson) is whisked away to some type of alternate dimension where the brightest have come together to change the world for the better. Guiding her on to her destiny is a disillusioned Frank (George Clooney), a man who was once in her shoes. Of course all is not right in this future utopia (it never is) and both, with possibly the help of Hugh Laurie, will need to work together to save what so many have worked so hard to build. Take a peek into the future by watching the attached trailer now. 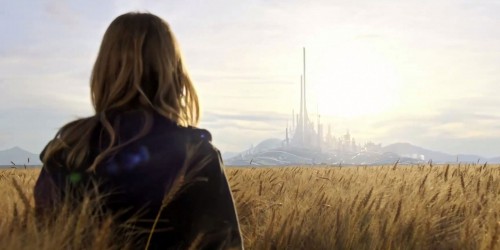 Official Synopsis:
From Disney comes two-time Oscar winner Brad Bird’s Tomorrowland, a riveting mystery adventure starring Academy Award winner George Clooney. Bound by a shared destiny, former boy-genius Frank (Clooney), jaded by disillusionment, and Casey (Britt Robertson), a bright, optimistic teen bursting with scientific curiosity, embark on a danger-filled mission to unearth the secrets of an enigmatic place somewhere in time and space known only as “Tomorrowland.” What they must do there changes the world — and them — forever.

Tomorrowland elicits wonder in US and UK theaters on May 22, 2015. 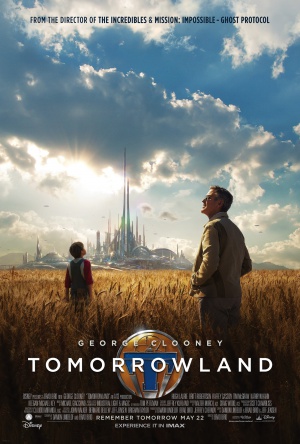