The teaser trailer for John Carter was light on pretty much everything but this full theatrical trailer for the movie released by Disney yesterday has got much more meat on its bones. Too bad, it looks so much like Avatar though. Finding himself on an alien planet, human John Carter is hailed as a savior by some (the weak) and an enemy by others (the strong). In this CGI-fest, he must choose sides lest the planet and its inhabitants suffer a similar fate as Earth. The visuals and action for this trailer are quite good (although nothing we haven’t seen before) — I would have preferred different music accompaniment though.

John Carter discovers US and UK theaters on March 9, 2012. 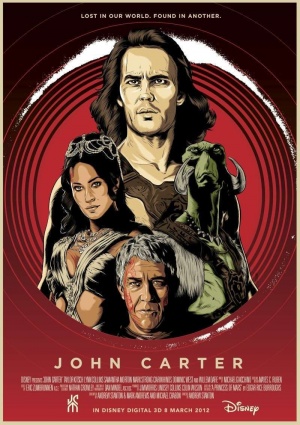