While I certainly enjoyed the first trailer for The Hobbit: The Desolation of Smaug, I like the second one even more. Warner Bros. and crew have raised the ante with this trailer, hinting at alliances and double-crosses, hidden adorations and resentments, and of course fantastical conflicts waged within a finely crafted world. As the dwarves, with Bilbo Baggins in tow, get ever closer to their reclaiming of Erebor, Sauron and his forces are gathering strength and taking the battle to the adventurers. The orcs are but a bump in the road, though, as the true fight for the kingdom must be fought against the mighty dragon, Smaug. And the choice to use the voice of Smaug instead of showing him, is the best part of the trailer. It definitely sets the stage for a more foreboding encounter. Watch in the embedded player now!

The first trailer for the film can be seen here: The Hobbit: The Desolation of Smaug Trailer #1. 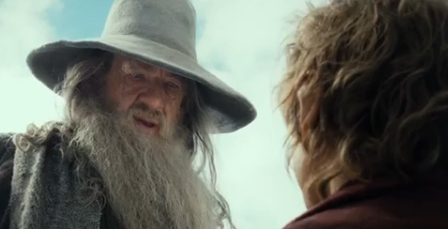 Official Synopsis:
The second in a trilogy of films adapting the enduringly popular masterpiece “The Hobbit”, by J.R.R. Tolkien, The Hobbit: The Desolation of Smaug continues the adventures of the title character Bilbo Baggins (Martin Freeman) as he journeys with the Wizard Gandalf (Ian McKellen) and thirteen Dwarves, led by Thorin Oakenshield (Richard Armitage) on an epic quest to reclaim the lost Dwarf Kingdom of Erebor.

The Hobbit: The Desolation of Smaug will impress US and UK theaters on December 13, 2013. 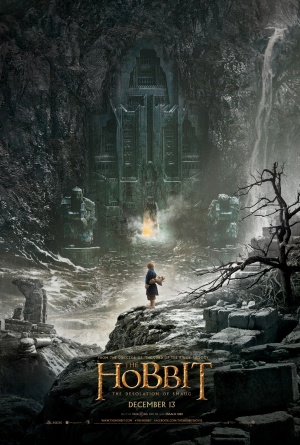