Over the past decade, Marvel Studios have proved time and again their mastery of the superhero genre. Central to this success is the combination of superhero tropes with other genres: World War II film with “Captain America: The First Avenger,” conspiracy thriller with “Captain America: The Winter Soldier,” heist movie with “Ant-Man,” high school comedy with “Spider-Man: Homecoming.” With Avengers: Infinity War, Marvel once again develop the superhero genre, pushing the envelope in a number of ways. The scale and breadth of the canvas on which the story unfolds is unprecedented in the genre’s history, the sheer number of characters is staggering, the tone and measure of the piece is truly epic, and the central conceit of the film as a whole is something new. This conceit is that while Avengers: Infinity War is a superhero/fantasy epic film, it is also a super villain film.

Whereas previous films in the franchise followed the selfless exploits of Thor, Iron Man and the Guardians of the Galaxy, Avengers: Infinity War focuses on Thanos (Josh Brolin), a Titan in search of the Infinity Stones, most of which have appeared in the franchise. After the feeble Abomination (Tim Roth) of “The Incredible Hulk,” the flamboyant Red Skull (Hugo Weaving) of “Captain America: The First Avenger” and the charismatic Loki (Tom Hiddleston) of “Thor” and “The Avengers,” Thanos emerges as the most prominent, rounded and engaging villain of the Marvel Cinematic Universe (MCU). Indeed, it may be overly simplistic to label him as a villain: His quest propels the drama in such a way as to make him the protagonist. Arguably, such “villainous” characters are frequently the protagonist because they are attempting to change something, whereas the “heroes” endeavor to maintain the status quo.

In the case of Thanos, he is trying to make significant changes, the Infinity Stones providing him the means to a profound end. Thanos’ wish is distinctive among his counterparts like Steppenwolf (Ciarán Hinds) of “Justice League” and Green Goblin (Willem Defoe) of “Spider-Man”: Those figures displayed a vague desire for power, but Thanos has a belief in something beyond himself, something that he sees as good for others and to which he is fanatically devoted. Directors Joe and Anthony Russo take the time to flesh out this ideology, enabling the viewer to understand Thanos’ perspective and perhaps even sympathize with him. Brolin’s performance is remarkable: Despite the hefty dose of digital make-up that transforms him into a large purple alien, he conveys a sense of weight and pathos through body language and eyes, while his voice carries a sense of heavy responsibility and regret. Despite this, Thanos’ ruthlessness and viciousness are never compromised. These contradictory elements make him a complex character, convinced that he is helping others and, furthermore, his perspective does make sense, despite his various opponents repeatedly describing him as “insane.”

These opponents of Thanos are a motley and familiar crew, Avengers: Infinity War incorporating the vast majority of characters previously seen in the MCU (with a couple of notable exceptions). Writers Christopher Markus and Stephen McFeely also situate the film neatly within the MCU, continuing plot threads from “Thor: Ragnarok,” “Captain America: Civil War,” “Doctor Strange,” “Spider-Man: Homecoming” and “Black Panther.” The Russos combine this familiarity with innovation, as the film deviates from the structure of “The Avengers” and “Avengers: Age of Ultron,” both of which focused on the difficulty of our heroes’ cohesiveness and cooperation.

Here, different groups of heroes follow particular plotlines, the film cutting smoothly between them in a way that balances the plotlines with equal weight. The film’s form therefore mirrors its content since balance is a major and recurring theme: Balance of resources and feelings, as well as an ethical balance over what how much is justifiable. The characters demonstrate familiar elements in new combinations, such as quippy zingers between Tony Stark (Robert Downey, Jnr.) and Stephen Strange (Benedict Cumberbatch), competing egos between Thor (Chris Hemsworth) and Rocket Raccoon (Bradley Cooper), tenderness between Wanda Maximoff (Elizabeth Olsen) and Vision (Paul Bettany). Yet there is also development: Steve Rogers (Chris Evans) is a more grim and embittered figure than we have seen before, Bruce Banner and the Hulk (Mark Ruffalo) have a new difference of opinion, and the previously straightforward Gamora (Zoe Saldana) is given more background as well as internal conflict. These developments often lead to emotional outbursts, which may leave the viewer surprised and shaken.

Not that the action is restricted to internal conflicts, as Avengers: Infinity War delivers multiple spectacular set pieces on a variety of scales. Thanos’ lieutenants clash with different heroes, potentially fatal exploits of strength and resilience are undertaken, entire armies clash on vast battlefields. Despite the scale, the Russos maintain a keen eye for detail, the various powers of the Avengers, the Guardians and the non-affiliated allowing for variety both in interpersonal combat and against multiple opponents. Director of photography Trent Opaloch maintains a fluid, mobile aesthetic, weaving deftly between characters much as editors Jeffrey Ford and Matthew Schmidt cut between narrative strands. With its grand scale, multiple threads and range of characters, the closest cinematic cousin to Avengers: Infinity War may be “The Lord of the Rings,” specifically “The Return of the King” as, like in that film, many unite against a malevolent force, stories running in parallel while also building to more than one thunderous climax. Much like Peter Jackson’s magnum opus, Avengers: Infinity War runs the risk of becoming bloated and unwieldy, a problem that did afflict “Avengers: Age of Ultron” and “Captain America: Civil War.” But the Russos manage to avoid this pitfall through their careful balance of the myriad characters, and their central focus on Thanos.

What marks Avengers: Infinity War out is that it adds something different exceptional to the mood and indeed the meaning of Marvel’s movies. While there is fun and enjoyment, comedy, affection and visceral thrills, the film also carries an overwhelming sense of destiny and doom. The fatalism of the various characters suggests knowledge and acceptance of their mortality, and the viewer may well expect at least someone to die. But there is a deeper, more philosophical aspect to the film. Thanos’ immense power not only makes him menacing, it also lends credence to his quest, suggesting that might may actually make right. This is a common criticism made of superhero narratives: These immensely powerful individuals operate without oversight and are effectively above the law, making them unstoppable fascists. “Captain America: Civil War” and, from the DC Extended Universe, “Batman V Superman: Dawn of Justice,” presented this problem but more as window dressing than thematic substance.

Avengers: Infinity War, however, takes a less direct but perhaps more effective approach to this concept. Thanos is the protagonist of the film, so we follow his arc, sharing his excitement and sometimes regret even as his power may evoke fear in us. His goal is understandable and could be considered noble, while his devotion goes beyond that of Stark, Rogers or Strange. Like them, he believes in something greater than himself and is willing to make hard choices. He is, therefore, the epitome of Nick Fury’s (Samuel L. Jackson) description of the Avengers Initiative: A remarkable person who fights the battle no one else can. He is an unstoppable fascist in his pursuit of a better universe, seeking to save lives in his own way, which happens to be violent and destructive. The key difference between Thanos and Thor, Spider-Man (Tom Holland) and T’Challa (Chadwick Boseman), is that Thanos will make greater sacrifices. Rogers mentions on more than one occasion that “We don’t trade lives,” but the convenience of this perspective is that Rogers and his ilk end the lives of their enemies while prizing those of their friends. Vision offers another perspective when a single death might save many others. In addition, various “good” characters including Drax (Dave Bautista), Nebula (Karen Gillan) and Peter Quill (Chris Pratt) are largely motivated by personal goals including revenge. Thanos, however, prizes his higher calling above everyone and everything. And maybe he’s right, at least from a perspective that is prominent throughout superhero narratives: The ends justify the means, those with power have the authority to wield it as they see fit, the strong prevail.

Viewers may not share the perspective of Thanos, but have we not gone along with similar perspectives through our support and endorsement of ostensibly “heroic” figures? Avengers: Infinity War is therefore a fascinating development for the superhero genre. While it does incorporate elements of the fantasy epic into an established formula, the film’s focus on a super villain creates fascinating ambiguity, not only within the film but also in the perspectives of the audience. It is a film that raises intriguing questions, and while future installments in the MCU may provide answers, Avengers: Infinity War will likely remain a compelling adventure as well as a remarkable thought experiment. 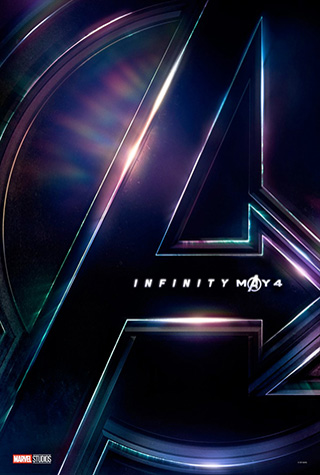