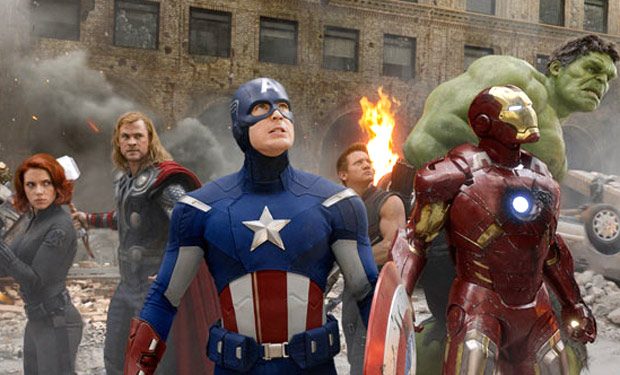 In one of the most highly-anticipated action films (or movies of ANY genre, to be honest) in years, Marvel Sudios, in conjunction with Paramount Pictures, has produced another superhero winner, and making the total worth more than the sum of its parts.

Simply put, The Avengers (Marvel’s answer to DC’s Justice League), comprised of heavyweights Iron Man, Thor, The Incredible Hulk, Black Widow, Captain America and Hawkeye (original graphic novel characters Wasp and Ant-Man were omitted in this scene version), is actually better than most of the films which featured the individual members of the team. “Hulk,” which starred Eric Bana, flopped in 2003, but was revived somewhat with Edward Norton in the role in 2008’s “The Incredible Hulk.” “Thor,” released last year, was a decent picture, but “Captain America: The First Avenger” faltered because of a weak second half (and the fact he needed so much assistance to battle Red Skull). Only “Iron Man” surpasses it.

Here, as recruited by Nick Fury (Samuel L. Jackson), a member of S.H.I.E.L.D. (Strategic Hazard Intervention Espionage Logistics Directorate), a global peacekeeping organization, the disparate group of heroes is brought together after Thor’s brother, Loki (Tom Hiddleston, “War Horse“) escapes from Asgard and is bent on ruling the earth.

Loki arrives via the Tesseract, a small cube capable of either providing all the energy the planet will ever need, or destroying life as we know it. Armed with his spear (which can literally change men’s hearts), he captures S.H.I.E.L.D. agent Clint Barton/Hawkeye (Jeremy Renner, “Mission Impossible: Ghost Protocol“) and Dr. Erik Selvig (Stellan Skarsgard, “The Girl with the Dragon Tattoo“), and forces them to set up the energy source so it will open a portal between worlds and allow an army of destructive alien allies who support his world conquest dreams in.

Hold on, though. While certainly powerful and god-like, Loki has incurred not only the wrath of his adopted brother (Chris Hemsworth, “The Cabin in the Woods“), but the smarmy Tony Stark/Iron Man (Robert Downey Jr., “Sherlock Holmes“), as well. 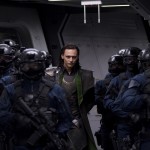 Steve Rogers/Captain America (Chris Evans, “Scott Pilgrim vs. the World“) and Dr. Bruce Banner/Hulk (Mark Ruffalo, Academy Award nominated for “The Kids Are All Right”) soon join the fight. All of these characters have some kind of machine-based, godly or genetically-mutated super power. Hawkeye and Natasha Romanoff/The Black Widow (Scarlett Johansson, “We Bought a Zoo“) are just athletically-gifted spies/assassins.

The latter two had no feature film to give them a backstory — none is really needed either — they’re fighters and their fight choreography is captivating; as is Hawkeye’s incredible skill with the bow and arrow (puts Katniss Everdeen to shame). Black Widow’s introductory sequence showing her escape from interrogators is just as terrific.

And while Loki is captured and imprisoned in a huge, floating aircraft carrier, his plan to divide and conquer begins to take effect as each member of the squad not only has a super power, but a super ego, to boot. Inter-team conflicts break out all over as Captain American battles Iron Man who battles Thor who battles the Hulk who battles Black Widow who battles Hawkeye, etc., etc., etc. The Avengers takes a bit of a pause for exposition here, but (thankfully) it gets it over rather quickly and gets down to concluding the conflict that features scaly, lizard aliens and large, snakelike robots which wreak havoc and destruction upon New York City (just think of what the Deceptacons did to Chicago in “Transformers: Dark of the Moon“). The CGI and other special effects in these scenes (and throughout most of the film) are seamless and close to amazing.

In his feature film directorial debut, Joss Whedon (who wrote “Cabin In the Woods”), uses a deft hand and just the right touch in combining fast-paced, spirited action with the sharp one-liners and snappy rejoinders we’ve come to expect from movies like this. The best lines are naturally gotten off by Stark, but Banner (and even his alter ego) fire off a few great shots, as well. This, of course, is in no small thanks to writers Whedon and Zak Penn (who has written his fair share of superhero flicks).

So even though summer “blockbuster” pictures move further away from the actual season, The Avengers is nevertheless a great way to kick off the advent of what Hollywood hopes (and prays, no doubt) will be a record-setting four months at the box office. It’s loud, funny, thrilling and leaves no doubt as to the inclusion of a part two (look for a nice little surprise midway through the credits). 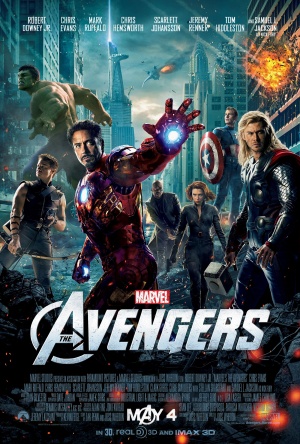