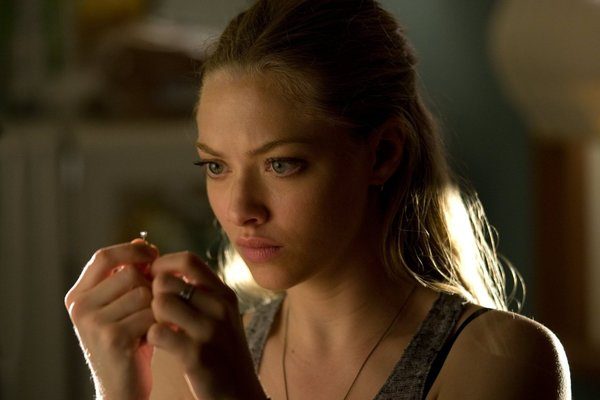 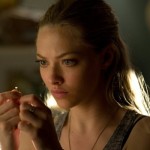 The clue is in the ring.

As the title Gone suggests, something or someone has disappeared. When Jill Parrish (Amanda Seyfried) comes home from working the night shift at the diner she finds that her sister Molly (Emily Wickersham) has been abducted from her bed. This triggers horrible memories for Jill, who was herself abducted from her bed the previous year. Panic sets in that the killer who attempted to murder her has now returned and taken her sister instead. Remembering the pattern of his killing ritual she comes to the conclusion that she only has until sundown to track Molly down before she is murdered.

The question is: Will anyone help her in Jill’s urgent quest or will they just chalk it up to another mental episode brought on by the trauma of her supposed kidnapping?

Jill, rightfully so, is a particularly nervous character. Her ordeal — which led to her being involuntarily institutionalized — has also made her strong and wary of others. Sure, she oddly feels the most comfortable walking the streets (with a rape alarm in her bag) and working late shifts instead of being tucked up in bed at night, but she’s learned to count on herself when no one else does. And because she couldn’t provide any information to police when she was taken (hence the reason they don’t believe her and had her committed), Jill has also become acutely aware of the details of everything around her. She’s nearly become the perfect detective — which is a good thing because the authorities in Gone are overly inept.

It’s unfortunate then, that her setup is as good as it gets for this cat and mouse thriller. Director Heitor Dhalia relies too heavily on mini gasp moments, a few fast car chases and a similar premise to “Take Shelter” (trying to leave the audience in the dark in regards to whether the occurrences that take place throughout the film are real or the result of a delusional mind) to keep the audience stimulated. There are no plot twists or genuine “a-ha” moments — everything follows a basic formula. 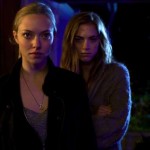 What is to be had is a long list of undeveloped characters and coincidental moments that work in our protagonist’s favor to move the story along. Detective Peter Hood (a permanently confused looking Wes Bentley), the lone police officer who believes Jill’s story, randomly disappears half way through the film never to return (apparently it was more important that he “bring soup to his mom”). Aside from being a recovering alcoholic and a college student the audience has no connection to Molly. But most incredulous of all, waitress Jill does an infinitely better job investigating reports of missing women than the Portland Police Department does and in a fraction of the time. Canvasing the neighborhood, interrogating residents and surfing on the internet unearths incredibly weak pieces of evidence that conveniently lead her to exactly what she is looking for (if only it was this easy in real life).

The only things Gone really has going for it is a) Amanda Seyfried does a solid enough job portraying the troubled heroine and b) the movie is, at least, not boring. It’s not enough, however, to keep the audience engaged — had more attention been paid to developing further, what on the surface is an interesting plot, this thriller could have actually thrilled. 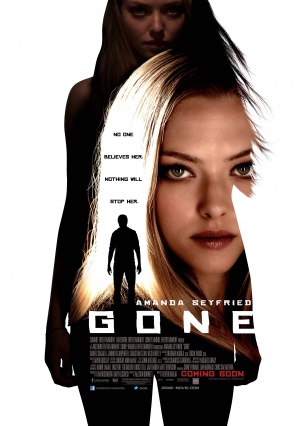