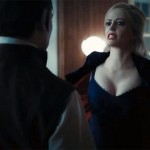 It’s intriguing that a film with an all-star cast and plenty of sex, drugs and rock and roll (along with copious amounts of blood, gore and monsters) can run out of steam in the second half. Ah, hell, it’s really just sad because it results in one of the least favorably-rated Tim Burton-Johnny Depp collaborations since “Charlie and the Chocolate Factory” and the abysmal “Alice in Wonderland.”

The film is Dark Shadows and it is the big screen adaptation of the first Gothic soap opera (which ran from 1966-70) of the same name. It’s a tale of horror, vampires and longtime family curses, and, to be honest having seen the show as a kid, it’s also a tale I couldn’t necessarily see making the transition well. Especially when director Burton decided to travel the comedic route with its telling.

It begins in Liverpool in 1752, when the Collins family — dad, mom and young son, Barnabas — immigrate to the United States and settle in Maine. There, they establish a fishing business and soon are the richest people in Collinsport. As a young man, Barnabas (Depp) woos a scullery maid, Angelique Bouchard (Eva Green, “Casino Royale“), but refuses to marry (or even acknowledge his love for) her. Ticked, as ANY woman would be under these circumstances, she uses her substantial witchcraft powers to cause the death of his beloved fiancée, turn him into a vampire and have the townspeople bury him alive.

Almost 200 years later, a construction crew inadvertently unearths the coffin and Barnabas now must face life in 1972. It’s during these scenes that the movie’s at its best, as Depp is masterful trying to deal with the trappings of “modern” society; the sights, sounds, technology, disco and the loose 1970s morals are quite the shocker! Soon thereafter, he locates his ancestral home and discovers that it is now inhabited by the remains of his depressing, downtrodden descendants.

Over the past two centuries, the accursed Collins family has not only fallen out of favor with their namesake town, but they’ve fallen into despair and near poverty, as well (the only assets remaining are a broken-down cannery and a few feeble fishing boats). Meanwhile, Angelique is still alive and controls most of the fishing fleets in the town, and is rich beyond imagination.

Using a hidden treasure trove, Barnabas restores the Collins’ wealth and prestige, which sets up the inevitable conflict that pits Barnabas against his former trollop for control of his business, his soul and his family legacy. His efforts to fight this imposing demonic figure and to continue to get used to things in the seventies, spark some genuine laughs, as does his continued interactions with those in his ridiculous household. 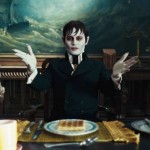 Dark Shadows begins to go South, however, when there are several real (and not very funny) killings; hey, Barnabas IS a vampire, after all, and he NEEDS blood. It’s just most of the characters he seeks to feast upon are actually interesting (including a group who just wanted to help him out of a tough situation). The inclusion of these mass murder scenes was not ironically charming or darkly-humored, just disturbing. There is also the introduction of a few supernatural monsters that turn up, muddle the conclusion, present really lame and not-so-special effects and end up not resolving much of anything.

And while Depp remains true to his pasty Willy Wonka/Jack Sparrow/Michael Jackson motif character hybrid he seems to have established and mastered in recent efforts, Burton’s quirky and slipshod direction has never been more evident — or glaring here.

The only thing I can write about Dark Shadows that was consistently terrific was the soundtrack. From “Nights In White Satin” to “Bang a Gong,” to “My First, My Last (My Everything)” to “Crocodile Rock” to “Top Of the World” to “No More Mr. Nice Guy” (as sung by Alice Cooper in an amusing cameo), these tunes — while not ALL from 1972 — still had me humming along and enjoying the show.

I just wished the rest of the film would have had the same effect on me. 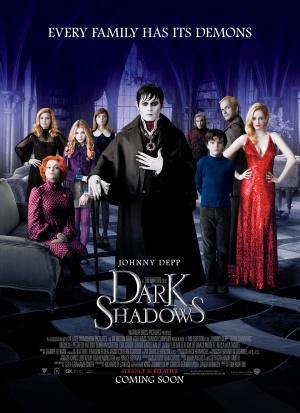