With just a handful of mostly stationary wide shots and a mere twelve minutes of actual screentime, writer/director Jörn Threlfall examines a cinematic crime scene with a clinical curiosity and an eerie air of mystery. He introduces no character arcs in his powerful short Over, instead engaging his audience by putting us in the role of investigator, giving us clues in brief, nearly silent images that we’re left to comprehend and decipher.

The mystery is achieved through a clever use of the backwards narrative gimmick. We begin at the end at 11:45PM, with a nighttime shot of a quaint and quiet London neighborhood, and then work our way back through the hours to 6:20AM as we glimpse flowers by the side of the road and later police tape being put up around the area as various officials shuffle around and converse inaudibly.

So what happened during those 17 hours, 25 minutes? The approach is subtle, but the clues of the crime scene are still suggestive enough that we feel compelled to start coming up with our own predictions, our own understanding of the truth. It’s a testament to Threlfall’s creative foresight that the big reveal seems almost impossible to predict and that it’s quite shockingly delivered.

There’s a sad tale at the core here and Threlfall’s angle on the story provides a chilling and eventually emotional perspective without ever sidestepping into sentimental territory. The reverse order editing never feels like a cheap stunt, either, but rather a very smart and memorable way to pull us into the story and turn our role of detached observer into something disarmingly human.

Considering the structure, it would seem that the dramatic impact of Threlfall’s storytelling relies entirely on the shock, except Over succeeds in carefully nurturing our emotional involvement by piquing our interest with its cryptic approach. As the truth comes suddenly into focus, the shock builds upon that interest and gives the mystery an identity that allows the impact to linger.

This is a rather masterful piece of deeply focused and miniaturized filmmaking. Threlfall’s ability to morph an artfully refreshing non-traditional narrative approach without defined characters and discernible dialogue into a moving and meaningful portrait of a person and an event is tremendously impressive. Over is an excellent concept executed beautifully, a precise and poignant piece of visual storytelling that inverts time and perspective with purpose, allowing us to be both bystander and participant as we comprehend the intricacies of an image. 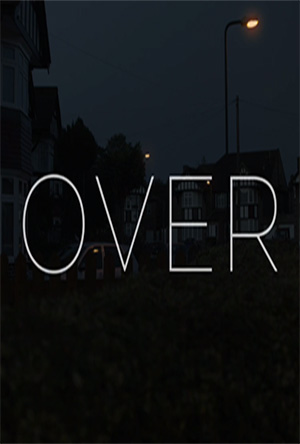