Film critic and current director of the New York Film Festival, Kent Jones’ first feature, Diane, offers a psychological portrait of a woman whose attempts to reach out to others hides her own inability to forgive herself for her past misdeeds. A 70-year-old divorced woman living in rural Massachusetts, Diane (Mary Kay Place, “Downsizing”) fills her time listening and talking to friends and relatives, as well as devoting her energies to taking care of people in need. She serves food to the homeless, attends to friends who are ill, and does her best to help her 30-year-old son Brian (Jake Lacy, “Rampage”), a drug addict who has been in and out of rehabilitation. We first meet the title character sleeping in a hospital room next to the bed of her cousin Donna (Deirdre O’Connell, “St. Vincent”), a cancer patient close to death.

Like others in Diane’s circle, Donna harbors a grudge against her cousin for what she sees as her act of betrayal many years ago, a circumstance that does not become crystallized until later in the film, but is never really examined. Continual movement is a key element of the film, as if being constantly on the go will help Diane forget her own pain and the pain she has caused others. She surrounds herself with those of her own age and experience, her Aunt Ina (Phyllis Somerville, “Our Souls at Night”), Donna’s mother Mary (Estelle Parsons, “Roseanne” TV series), and friend Bobbie (Andrea Martin, “My Big Fat Greek Wedding 2”). They play gin rummy, tell stories about who is sick and who died, and exchange gripes at the local coffee shop. It is a snapshot of small-town Americana but one that most likely has disappeared.

In all of her frenzied comings and goings, Diane projects an image of stability and the illusion that she and her friends will live forever, escaping, in the words of Gerard Manley Hopkins, “the blight man was born for.” The reality of her inner doubts and fears surface, however, when she consumes too many margaritas and, after being politely asked to leave the bar, sits outside in the cold leaning against a pole and cries bitter tears until she is rescued by family members. A key element of the film (and for me the most unconvincing) revolves around Diane’s son Brian who goes from shouting and cursing at his mother and denying that he needs help to a suddenly clean and sober individual who, apparently all on his own, goes to rehab, gets married, and becomes a born-again Christian. All of these fast-changing events happen so quickly, however, that they feel more like a plot device than an actual transformation.

At a family dinner, Brian and his wife Tally (Celia Keenan-Bolger, “The Visit”) badger Diane to join their church until it reaches the point where she gets up and walks out of the room to escape Brian and his wife’s proselytizing. The old Brian resurfaces, however, showing up drunk at Diane’s house, not as the religious converter, but as the forgiving son telling Diane to let go of her self-loathing, “I’m trying to say,” he tells her “that I taught myself to disapprove of you,” perhaps a suggestion that they have both been involved in self-deception. Mary Kay Place, a veteran actress, does a commendable job in letting us peek inside Diane’s social front, but in spite of fine performances and attempts at spirituality, albeit clichéd, Diane becomes an overwrought exercise in regret and remorse, without the saving grace of transformation. 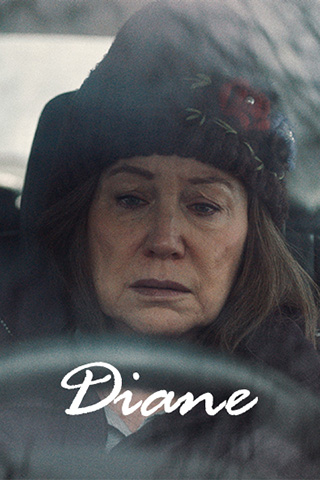