The end times are already here in writer/director/co-producer/star Lauren Cooney’s loudly dramatic end-of-the-world short Pendulum, but good luck taking the situation seriously. Something has been lost in translation between concept and execution for this story of a couple grappling with how to spend their final hours on Earth.

As explained in a clunky manner via onscreen text, scientists discovered a gravitational rip at the edge of our galaxy some years prior and announced it would lead to worldly destruction, which in turn has inspired a generation of twenty-somethings to live recklessly in the face of their encroaching and inevitable extinction.

Two of these hard-partying young adults with nothing to lose are Cerys (Cooney, “Damascene”) and Gwilym (Scott Michael Wagstaff, “6 Days”), who begin the movie looking strung out and disconnected. But when the sky lights up and the news media announces that this is the beginning of the end, the couple decides to leave their city life behind and retreat to a cult-like community nestled in an Indian jungle for a more spiritual finish.

The conceit is an interesting one that plays as fantastically or realistically as the viewer would like. With so many apocalyptic declarations in today’s world, it’s easy to imagine a young generation that will eventually face such a dilemma as this. And the notion of youth partying their days away because they have literally no future is a poignant one on paper.

Cooney’s specific treatment of these themes and ideas leaves much to be desired, though. With only 20 minutes to cram in the initial exposition and a quick traveling montage, she opts to unfurl the plot in hurried fashion. Cerys and Gwilym reach the jungle community and quickly meet charismatic leader Derryk (Tom Sawyer, “Crowhurst”), who wastes no time providing the movie with predictable conflict in the form of a clichéd love triangle.

None of the twists and turns from there are remotely satisfying. Cooney takes the most obvious route to the least interesting ending, resulting in a rather ridiculous look at the inevitability of human sin in the wake of impending doom. It’s one thing to suggest that people can’t shake their violent emotions even when faced with certain death, but it’s another to decide that what your compact tale of apocalyptic spirituality really needs is a silly collage of lies, jealousy, and murder. As if the end of the world wasn’t dramatic enough!

Pendulum is a prime example of missing the forest for the trees. To be fair, the movie has quite a few trees in it, but while stories about humankind’s last stand generally home in on a few individuals, Cooney simply saddles her trio with deeply unimaginative and unnecessarily sentimental arcs. A lot could be said about seeking a spiritual connection on the eve of the apocalypse, so it’s unfortunate that this movie settles for swinging clumsily from one extreme to the next, waiting only for the end to be put out of its misery. 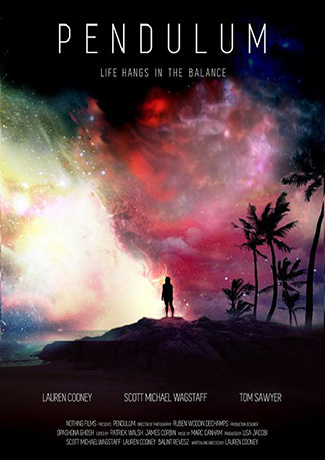