The dreadful The Shadow Effect, equal parts 80s action movie and 90s conspiracy thriller, is one of those movies that starts out puzzling and ends up incomprehensible. Overplotted and overacted, the movie is as subtle as a heart attack in a public library. It’s not, however, weighed down by such niceties as nuance and cleverness, so it has that going for it.

Cam Gigandet (“The Magnificent Seven”) plays a buff dude named Gabriel who owns and operates a rural diner with his wife Brinn (Brit Shaw, “Paranormal Activity: The Ghost Dimension”). Gabe periodically has violent visions of people getting murdered in various ways. The visions typically end with Gabe hugging his toilet bowl, as if he’s had just the worst hangover. After a few of these outbursts, Brinn makes an appointment for Gabe to see the mysterious Dr. Reese (Jonathan Rhys Meyers, “The Mortal Instruments: City of Bones”) to figure out what’s wrong.

Meanwhile, the audience knows that these murders are happening in real life, something that Gabe slowly realizes as well. Are his visions more than just visions? Well, duh. And you know, something else weird about those experiences: It seems Gabe has plenty of knowledge of firearms, self-defense, hand-to-hand combat, and so on. This could all be a major coincidence, though.

As Gabe’s vision seizures intensify, he seeks out the help of the town’s sheriff, Hodge (Michael Biehn, “Take Me Home Tonight”). Contrary to Reese’s response (drugs and other support), Hodge is mostly dismissive of Gabriel’s claims — although he does direct his deputy to keep a close eye on the diner owner.

The Shadow Effect basically becomes a near-farcical version of “Who Do You Trust?” Trust no one, of course, as multiple, better conspiracy movies have taught us. That’s right, no one. Especially not Reese, who even has an evil-scientist mustache, so you know he has some sort of ulterior motive for helping Gabriel. And Gabe can’t trust himself, obviously, since all evidence seems to point to his being behind all of these murders of politically connected people.

This is all part of the standard recipe for a B-grade action movie. Cartoonish bad guys, a paranoid protagonist who might not be what he seems, and lots of bullets. But then the plot gets a little more confusing. Is Gabriel really a bad guy? Who are these fellas who are chasing him, anyway? Is time travel involved? By the end, only the most superficial of answers are given to these burning questions.

Here are two of my favorite scenes, and not because they’re masterpieces of cinema. In one, Gabe and Brinn fight — physically and verbally — she with a baseball bat and really good aim. After several minutes’ worth of scrapping that reduces much of their cabin to rubble, they stop, stare at each other, and start a-smooching. As you do in such circumstances. In the other scene, our hero must find a way to escape a burning basement that’s about to blow up, what with a gas leak and all. To do so, he cuts a cable hanging from a stuck elevator, thus allowing him to rise up while the elevator comes down. Easy peasy, right? Except . . . how could there possibly be enough room between the elevator and the wall for a full-grown human to slide up, unabated?

I don’t mean to suggest that movies need to make perfect sense, all of the time, but when your film’s as plot-thick as The Shadow Effect is, then sense is something you darn well ought to make by default. There’s a lot of aspects of the storyline to unpack as one watches this, each one adding a layer of unneeded complexity. The script, by Chad and Evan Law, Tom Feole, and George Abbott Clark, is done no favors by the one-note performances by, really, everyone. Neither Gigandet nor Rhys Meyers nor Biehn has the range to carry their own characters (although at least Biehn has the excuse of his sheriff not having too much to do other than shoot and react). Instead of a strong protagonist-antagonist dynamic, we have two vapid slugs walloping each other with tempered insults.

The Shadow Effect is too serious minded to be a cartoon but too superfluous and fleeting to be anything else. It’s truly not worth your time, unless of course, you are a Michael Biehn completist. 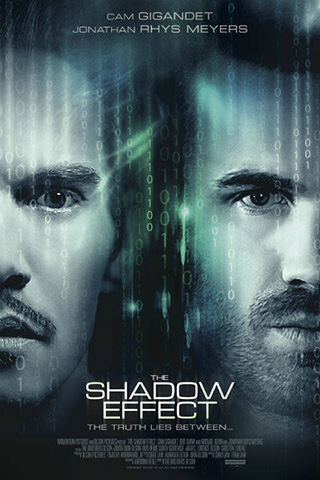