Gonzalo López-Gallego’s mockumentary Apollo 18 has been delayed five consecutive times. But that doesn’t mean that the director used the time wisely. NASA, which often works with filmmakers who are using space as a backdrop for their films, denounced the movie due to their minimal involvement (never even seeing a rough cut) and Bert Ulrich, their spokesman, continues to insist that we’re all idiots, noting specifically that the movie is a work of fiction. Finally, on this Labor Day weekend, the media shit storm has died down and despite the hype, controversy, and frustration behind the film’s release, the film turns out to be a dud; a “lost footage” horror movie that’s best described as “Paranormal Activity” meets “Aliens,” without the competent direction of either title.

The film purports to be edited from hours of video that leaked on the internet (no news whether or not Julian Assange was involved). It depicts two American astronauts sent on a secret expedition to the Moon on behalf of the Department of Defense. Shot to look like space transmissions in the ’70s, the heroes, a pair of relative unknowns, are coated in radio interference and sudden screeches. But these supposed tapes wouldn’t have been kept secret unless there was a government conspiracy at work. In Apollo 18, the duo starts finding evidence of extraterrestrial life, eventually stumbling upon an abandoned Soviet lander, complete with one dead Russian onboard.

Written by Brian Miller and Cory Goodman, the film is marketed as an atmospheric thriller. Akin to “Paranormal Activity,” its creeping tension escalates when inanimate objects start to move. But, unless you’re a conspiracy nut, crackhead, or a fan of the English rock band, rolling stones probably won’t appeal to you. Eventually, López-Gallego starts to travel at a brisker pace, but until that happens, there’s nothing but boring build-up (that, ultimately, doesn’t result in much), and a colorful (howbeit misplaced) exchange between the two crewmembers, during which, one of them admits that he’s dunked his crotch into a cup of milk.

We never catch a real glimpse of the aliens, but they appear very small, are spiderlike, and masquerade as lunar rocks. They make a lot of noise, live in craters, and can burrow their way into flesh, causing their prey to be disorientated. But there’s never a venture inside one of their dens or an explanation on how these critters operate. The inept script leaves us to assume that they’re territorial, but why did they to wait to strike? How have they survived without any viable source of nutrition? What caused their defense systems to develop in the way they did? They’re as mysterious as the astronauts themselves. And the film doesn’t even try to justify it as anything but poor writing.

But there are a few standout moments, like a sequence where one of the astronauts is dumped into total darkness and can only illuminate his surroundings with short bursts of light. And the all-American characters, despite being bland, are hard to hate. However, the film could’ve greatly benefited from better characterization. Warren Christie and Lloyd Owen, who play the uncredited space-explorers, try to make the best of the paper-thin script, but you can’t shake the feeling that, they too, have no idea what the film’s about.

One cannot stress enough how incredibly amateurish the script is. A cinematic black hole, it sucks any entertainment value away from Apollo 18. How is anyone supposed to empathize with the leads when it’s hard to understand how they got there in the first place? At one point, one of the men references the Watergate scandal and explains how it made Americans question their government. Once again, politicians and the Department of Defense are portrayed as corrupt and evil. They put human-beings into hopeless situations without explanation and only their own interest at heart. Here, the motivation is the Soviet Russian. But this film isn’t a whistle-blowing experience, and with a $5,000,000 budget, it isn’t the most expensive summer entertainment either.

And whoever shot the movie must’ve had Parkinson’s, because the shaky camera effect becomes overtly nauseating.

Perhaps the best part about the film is its running time. Clocking in at 90 minutes, López-Gallego’s latest could’ve been much longer. Quickly frankly, with its pacing issues, it could’ve gone on for hours. Thankfully, that faith was avoided. Sure, the ending is cheaply tacked on and comes too abruptly, but with this underwhelming chiller, who’s to complain? 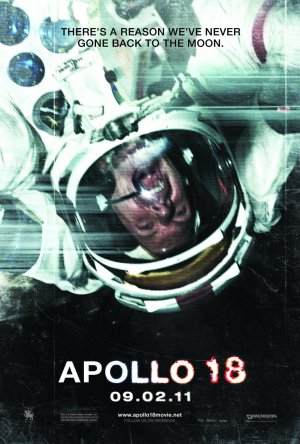