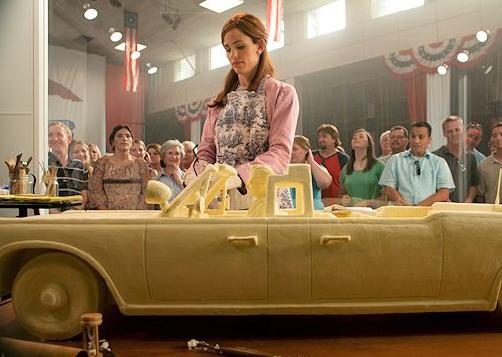 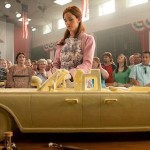 Second-time director Jim Field Smith offers more than the recommended daily allowance with Butter, a comedy that lets political satire slip straight through its fingers, if you’ll excuse the puns. In truth, the film, centered around an elaborate butter-carving competition, is an admirable attempt at parody, but while it offers a lot by way of simple comedy, its laughs always fall short of any depth.

Set in flyover state Iowa, the film introduces us to Bob Pickler (Ty Burrell), 15-time winner of the Mastery in Butter Competition, who has been asked to step aside to allow fresh talent to shine. His wife Laura Pickler (played fantastically by Jennifer Garner), an ambitious woman determined to keep the title in the family, spurs us to truly dislike her whilst also playing up the hilarity of her intense obsession with power. Young Yara Shahidi is adorable as Destiny, a witty ten year old girl from the foster care system who becomes Laura’s main competition. However, the parallels Jason Micallef’s debut script makes to the 2008 presidential election are thinly veiled, with Laura’s character essentially being Sarah Palin in Michele Bachmann’s clothes, and Destiny being a charismatic African-American newcomer. Sound like any presidents you know?

Despite seemingly going for broke in its political conviction, Butter seems to quickly lose sight of its endgame. As the two battle it out with increasingly spectacular butter creations, we’re privy to a veritable smörgåsbord of supporting characters, from Olivia Wilde’s feisty portrayal of a hooker to a cowboy-hatted Hugh Jackman as Laura’s high school sweetheart. But herein lies the problem — the film is overflowing with subplots, to the point where rather than fleshing out its characters, they merely detract from its central theme. Bob’s affair with full time stripper / part time prostitute Brooke is one thing; Brooke’s subsequent “relationship” with Bob’s daughter Kaitlen (played remarkably well by Ashley Greene) is another. While Kaitlen’s infatuation certainly garners some comedic pity, it does little for the plot (but it does provide opportunity for an onscreen kiss between two attractive women).

Similarly, Destiny’s arrival into the county may be significant, but Smith wastes too much of the film’s mere 90 minutes on the lives of her new foster parents (Rob Corddry and Alicia Silverstone) — despite their past worries of having children making them endearing, this is a thread that is not only unnecessary but also left loose. Jackman’s role in the film is absurdly minimal, though again, his overt love of Laura does provide some basic laughs. Juggling these plots as though it is aimed at an audience of minuscule attention spans, the film lacks the time to tie it all up. There’s little more impressive than conveying a lot in a short amount of time, but throughout Butter, I was simply wondering what point it was trying to make. Is it a commentary on a young woman’s sexuality, an exploration of the abandonment issues created by the foster care system, a diary of an unhappy marriage, or, as it markets itself, a comedy about the politics of power? In trying to leave too much of an impression, it’s dangerously close to leaving none at all. 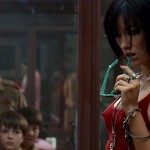 Nevertheless, the film’s biggest redeeming factor is that the cast is wonderfully strong, my personal favorite being Wilde’s Brooke (incidentally her favorite character to have played to date). She’s ballsy, determined and unashamed — all the ingredients needed to make her instantly likable when she takes on Laura. For a film that has difficulty committing to its plot, its actors certainly commit to their roles; Jennifer Garner particularly goes all out in playing up to the caricature. This isn’t always a good thing, but in a film such as this, where the entire premise is based on a competition so ridiculous — you put it on toast, as one character points out — such exaggeration slides in very nicely. Even in the preposterous notion that success in the competition would lead to that in the political world, she is nothing if not steadfast, building upon the farcical nature of a society that takes butter so seriously.

In Butter, Smith and Micallef have given us a film that has its charms, but ultimately struggles to prove its worth as smart satire. Full of distractions that pander to the lowest common denominator (ironically, something Destiny’s father accuses Laura of doing), its blatant nature doesn’t give the audience much credit, throwing subtlety out of the window. Perhaps with a little more conviction in its plot, and a little more faith in our ability to perceive and understand coy jabs, it could have truly been a wicked, intelligently funny political satire. 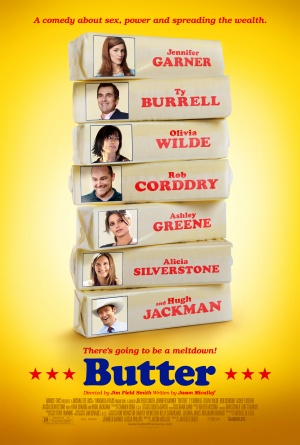