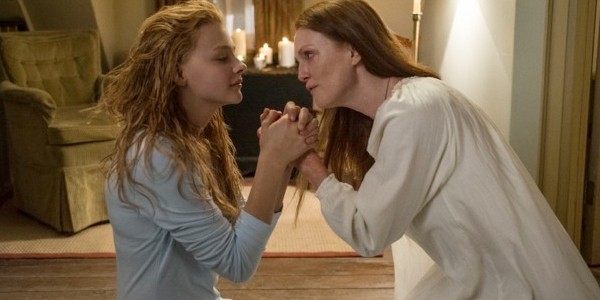 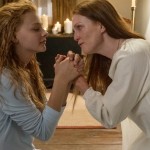 Because no one knows Sissy Spacek. That’s the reason Carrie, the classic movie of what happens when bullying meets a hormonal telekinetic, was remade for audiences of 2013. Not because the 1970’s version by Brian De Palma had open, irritable flaws that diminished the Stephen King novel from which it was adapted that needed to be corrected. No, I’m sticking with the Sissy Spacek theory.

Replacing her as the titular character, Carrie White, is the younger, hipper Chloë Grace Moretz (“Kick-Ass 2”). On the surface she may not seem to be the best pick for the incredibly introverted and sheltered girl — even as she shuffles through school hallways with untouched hair hiding her face and wearing yesterday’s clothing she is attractive and almost knows it. But as the film carries on, it works to her favor helping her to metamorphosize the tortured, troubled girl into an unwittingly powerful one. She’s not as good as Spacek, who delivered her Carrie with a more fragile veneer (and earned herself an Oscar nod for it), but her characterization is still good.

But for the most part, other than that and an updated timeframe — pop culture references litter the Lawrence D. Cohen and Roberto Aguirre-Sacasa rewrite as do smartphones, YouTube, etc. — this Carrie is the same as that “Carrie.” Small town high schoolers like Chris Hargensen (Portia Doubleday, “Big Mommas: Like Father, Like Son”), Carrie’s main antagonist, and Sue Snell (Gabriella Wilde, “The Three Musketeers”) are just as vicious today as they were 40 years ago. Faculty like Carrie’s gym teacher, Miss Desjardin (Judy Greer, “Playing for Keeps”), have their hands tied and can only offer some much help. And while it is incredulous that they exist even at all, religious fanatics like Carrie’s mother (Julianne Moore, “Crazy, Stupid, Love.“) — who takes to locking her daughter in a closet and reciting prayers all through the day — are a scary bunch in their own right no matter when they rear their ugly heads.

What’s not so scary, nay, what is so disappointing, is the lack of risks director Kimberly Peirce takes with Carrie. I’m not saying she should have veered off the path completely, but there is something to be said for handling the source material nearly shot for shot as the original and it isn’t particularly flattering. Sure updates were made in the effects department — the pyrotechnics of 1976 weren’t exactly the most accomplished — but that isn’t a material change to the way the story unfolds (and the updated effects aren’t so much better than the old effects either). Peirce needed to stamp her mark on the movie not reuse De Palma’s. 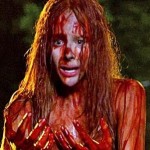 Also not so frightening is the well-known, fiery outcome. Honestly though, Carrie doesn’t get any more unsettling than watching that little kid in “Looper” lose his temper and mentally blow stuff up. And if anything, it’s hard to be filled with loathing when the audience is openly rooting for the downtrodden Carrie to rise and exact revenge on those bitchy, faceless girls and her God-fearing mama.

So when presented a choice between the two renditions, why should the copycat Carrie get the nod? Well, it shouldn’t. There isn’t enough of a differentiator between the two and if imitation is the sincerest form of flattery, flatter the original. 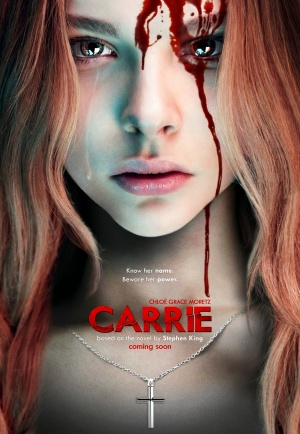