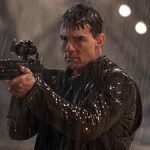 Reacher at the ready.

Take some of his more familiar action vehicles (“Minority Report,” “Mission: Impossible – Ghost Protocol,” etc.) and add a dash of Bourne, “The Shooter” and even “JFK,” and you have a Tom Cruise film that, while certainly not his best, is quite effective, entertaining and keeps the suspense simmering until the last bullet has been shot.

In fact, Cruise, as the mysterious former military policeman title character, Jack Reacher, has not had this much fun killing people since playing the Zen hitman in 2004’s “Collateral.”

Directed and written by Christopher McQuarrie (“The Way of the Gun“) and financed by the star himself, Jack Reacher features Reacher being contacted by a former Army acquaintance, Barr (Joseph Sikora, “Boardwalk Empire” TV series), accused of sniping five innocent people in Pittsburgh in broad daylight. Captured all too easily, he is beaten until comatose, but requests that someone find the mystery man responsible.

Joining with defense attorney, Helen Rodin (Rosamund Pike, “The Big Year“), Reacher begins to unearth an ever-increasing conspiracy which may show that Barr, while indeed guilty of several unauthorized killings in Iraq, may be innocent of these slayings. That doesn’t matter to Helen’s father, the District Attorney (Richard Jenkins, “The Cabin in the Woods“), who just wants to put Barr on Death Row if he can.

Meanwhile, Reacher is being set up, chased down, shot at and generally harassed by petty thugs, local police (led by Lt. Emerson, David Oyelowo, “Lincoln“) and a violent shady Slavic organization headed by The Zec (famed director Warner Herzog in a short, but creepily effective appearance). Aiding his cause is a doddering, but wiser-than-wise gun range owner, Cash (Robert Duvall, “Crazy Heart“), who always seems to know more than he lets on. 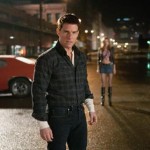 At times, Cruise’s character is unbelievably indestructible, then all at once completely vulnerable. The action, however, is gritty and mostly realistic while his performance of the lone wolf is well done, and he does get to show off his well-chiseled body, as well. There is also the obligatory shoot-outs, punch-outs, head stomps and car chases, that while clichéd, offer a great deal of zest and zing here. As for the villains involved with said violence, there is not a legion of bad guys to get lost in a confusing shuffle. It’s quality over quantity all the way.

In addition, McQuarrie keeps everything in Jack Reacher moving along smartly, though there will certainly be no awards for his work or the acting here, although — as previously mentioned — Herzog does the best job with what little he is given and Duvall is good in almost anything he shows up in.

Like “Safe House,” Jack Reacher is a movie that dares you to take a bathroom break until the credits roll. Certainly not the worst thing one could write about a production with so many mediocre efforts out there — and all of this with a PG-13 rating. Who’d a thought it? 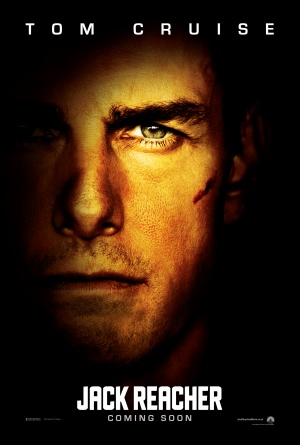