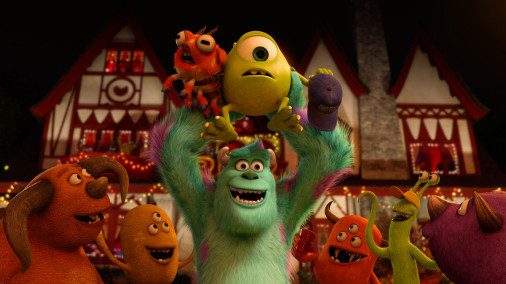 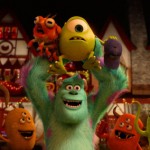 A friendship in the making?

While not reaching the heights of the original (or other Pixar classics such as “Finding Nemo,” “The Incredibles,” or “Ratatouille,” among others), Monsters University, a prequel to “Monsters, Inc.,” is a more than decent entry into the lexicon and is certainly light year’s ahead of the last two studio productions, “Cars 2” and “Brave.”

It manages to take most of the same lovable characters (with the exception of Boo, of course) and accompanying vocal talent (Billy Crystal, John Goodman, Steve Buscemi) and then adds some new voices (Helen Mirren, Charlie Day, Julia Sweeney) to a fresh storyline replete with plenty of laughs and even a bit of a heart. And while some more well-known critics are bemoaning the need for another installment, it was nonetheless made and the results are very good indeed.

The plot of Monsters University centers mostly on Mike Wazowski (the giant, green eyeball voiced by Crystal, “Parental Guidance“) who, while tiny and frail, nevertheless manages to impress a Scarer (the creatures that sneaks into the bedroom of children to capture their screams at night) during a field trip to the Monsters, Inc. factory.

Seizing upon his talent, he is later accepted into Monsters University’s Scare Program and is paired with the hulking James P. Sullivan (Goodman, “The Hangover Part 3“) and the sneaky Randall (Buscemi, “The Incredible Burt Wonderstone“). A rivalry immediately begins with the overconfident Sully and the book-smart Mike that results in both of them being expelled by Dean Hardscrabble (Mirren, “Hitchcock“).

Thanks to a convenient plot device, though, both can salvage their academic frightening careers if they can recruit a team and win the annual “Scare Games.” Of course, in a film relying on this setup (as in the recent picture, “The Internship“), their companions — including an over-the-hill octu-salesman Don (Joel Murray, “The Artist“), the spastic plush toy, Art (Day, “Horrible Bosses“), the two-headed Terry/Teri (Dave Foley, “The Kids in the Hall” TV series and Sean Hayes, “The Three Stooges“) and the multi-eyed pig, Squishy (Peter Sohn, “Ratatouille”) — leave a lot to be desired. And, like any number of movies which portray underdog squads, each member has their own talent and specialty that, when combined, make a formidable adversary.

This all leads to plenty of laughs that come quick and steady, making this not just one of the better animated features of the year, but one of the funniest, as well. This being a Disney/Pixar film there is also a powerful underpinning story of friends standing by one another that gives Monsters University a sweet conclusion, too.

Thanks go to director Dan Scanlon and his co-writing team of Daniel Gerson and Robert L. Baird for taking the time to truly develop Monsters University. Finally, without trying, this reviewer has had a good time at the cinemaplex. Now that’s something I have not been able to write in a long, long time. 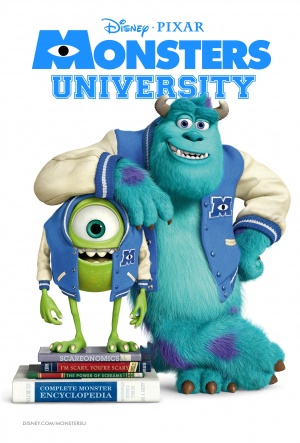