The key to appreciating any Wes Anderson film (memorable efforts as “Rushmore,” “The Royal Tenenbaums”), is to have the ability to either pick up on his clipped and funny dialogue (usually voiced by actors in a totally serious deadpan monotone), or somehow connect with his goofy situations and quirky characters that slip between incredibly believable and ridiculously surreal.

This ability is needed for Moonrise Kingdom, Anderson’s and writing partner, Roman Coppola’s (“The Darjeeling Limited“), sweet, often hilarious story of two misfits who try to form a loving bond, despite difficult odds.

It’s 1965, and a huge storm is heading for a small New England island, or so we are told by the Narrator (Bob Balaban, “For Your Consideration”). We meet the Bishop family: Dad (Bill Murray, “Zombieland“), mom (Francis McDormand, a voice in “Madagascar 3: Europe’s Most Wanted”), three precocious little boys and the loner daughter, Suzy (Kara Hayward in her first starring role). 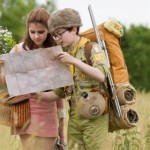 Suzy has evidently been communicating with another third wheel, Sam (Jared Gilman, also in his first starring role), an orphan who excels as a Khaki Scout, but does not play well with others. He, recognizing Suzy as his soul-mate, has informed his leader, Scoutmaster Randy Ward (Edward Norton, “The Incredible Hulk“), that he is resigned from the organization to seek her hand. But two young lover runaways doesn’t sit well with the coastal town, so lone island police officer Captain Sharp (Bruce Willis, “Surrogates”), Mr. Bishop and a group of scouts set out in search of the twosome. Later, as the weather deteriorates further, Scout Commander Pierce (Harvey Keitel, “National Treasure: Book of Secrets“) and a social worker named “Social Services” (Tilda Swinton, Oscar winner for “Michael Clayton“), join the chase.

However, tied together with more than just a puppy love for one another, Suzy and Sam know they are different, know they will most likely never fit in this tiny island society and seem perfectly happy and aloof in their isolation, making their capture all the more difficult. Hayward and Gilman, as the misunderstood, star-crossed lovers, are talented beyond their years, and there is great chemistry between them. Further solidifying their union, Anderson lets the camera linger on them during those pre-teen moments we’ve all been through (and perhaps wished to forget) — awkward meeting, first kiss, inaugural fight, etc. — bringing punch to their courtship.

Willis and Norton also shine, mixing some pathos with pure hilarity, while Murray (who worked with Anderson in “The Life Aquatic with Steve Zissou”) and McDormant as feuding married lawyers are not on screen long enough to really make much of a difference, but are effective in their small roles.

The rural island locations of Moonrise Kingdom are lush and wonderfully lensed by cinematographer Robert D. Yeoman (“Bridesmaids“) offering something captivating to watch even for those who don’t necessarily find enjoyment in unusual characters or stories.

For those who do, however, Moonrise Kingdom will delight, making viewers wish there was more than just 94 minutes to spend watching this gem. 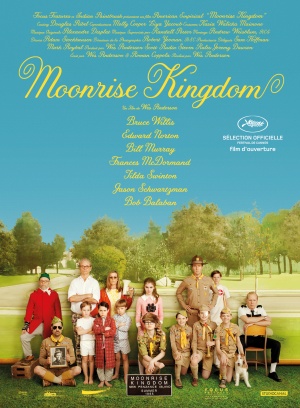