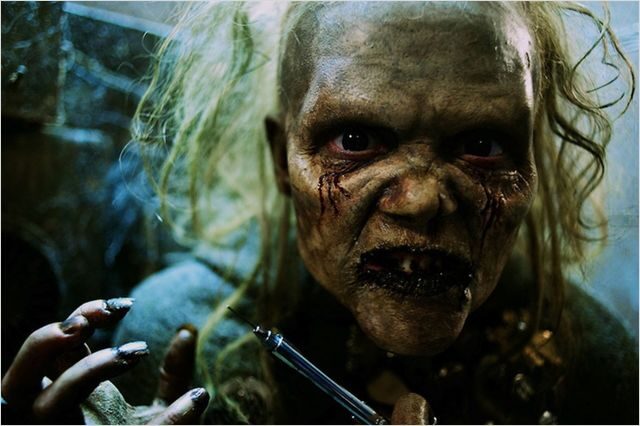 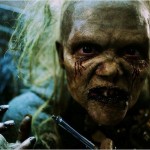 Not a friendly doctor.

By and large, sequels are often pointless, as they’re usually just produced for the sake of exploiting a successful brand name. 2008’s straight-to-video gem “Outpost,” though, practically begged for a sequel, as it established a fascinating central mythology ripe for further exploration. With the team behind the original movie returning for this sequel, fans will no doubt expect Outpost: Black Sun to be of similar quality to its predecessor. But while the sequel had the freedom to be bigger than the first film, this expanded scope has come at the cost of effective atmosphere, tension and storytelling, all factors of which made the original so note-worthy in the first place. It’s a follow-up worth seeing due to the ideas it brings to the franchise, but the execution is slapdash.

Set more or less immediately after the original film, Outpost: Black Sun finds Nazi hunter Lena (Steadman) looking to prosecute the last surviving Nazi generals from WWII. On the trail of the elusive, presumed dead Klausener, Lena encounters physicist and treasure hunter Wallace (Coyle), himself looking to locate a powerful machine Klausener built back in the 1940s. Supposedly, the machine was designed to create an army of unstoppable, undead Nazi stormtroopers . . . and it actually worked. With Wallace’s calculations suggesting that the machine’s unified field — and, thus, the vicinity that the Nazi zombies can navigate under the machine’s protective influence — is expanding, it won’t be long before Eastern Europe may be overcome by the invincible, marauding army.

You’ve got to hand it to the “Outpost” guys: They know how to stretch a dollar. The budgets for both movies were minuscule, to the extent that the cost of the first film couldn’t fund a single day of filming on a Hollywood blockbuster. Yet, like its predecessor, Outpost: Black Sun shows no signs of being financially restrained. It’s not glossy or extravagant, but it doesn’t feel restricted either; its production values never look cheap or chintzy (the interior bunker sets are especially terrific). Director Steve Barker can stage effective conflicts as well, leading to isolated set-pieces that truly shine. Outpost: Black Sun particularly impresses when characters watch P.O.V. footage of soldiers battling the Nazi stormtroopers, as these sequences possess a riveting sense of immediacy and authenticity. One cannot criticize Barker or cinematographer Darren Tiernan for their top-flight shot composition.

Screenwriters Barker and Rae Brunton commendably avoided the biggest sequel pitfall: They refused to create a straight remake of the first film. Character goals are somewhat similar, but the writers invented a whole new narrative trajectory, expanding the franchise canvas before returning to the claustrophobic bunker. It’s a welcome attempt to give further scope to the series, showing that the central Nazi zombie premise extends beyond a small-scale “Predator” styled film. However, the endeavor is not entirely successful — as a result of the expanded scope, too much is happening in the background. While “Outpost” was simple and focused, this sequel involves military commanders and shady background conspirators, overstuffing the script with non-essential characters and disallowing sufficient breathing room to develop any of them. Lena and Wallace should be interesting, but the script denies them colorful personality traits and back-stories, failing to make us adequately interested in their plight and thus draining the picture of genuine weight.

Unfortunately, Outpost: Black Sun fails to retain the same type of enthralling atmosphere which characterized its predecessor, and Barker completely abandoned the first film’s effective “less is more” approach. Rather than scarce glimpses of the Nazi zombies, this sequel ladles on the skirmishes, ignoring the fact that these creatures are supposed to be stealthy beings who can materialize out of the shadows and disappear at the drop of a hat. Here, the Nazis are reduced to the type of dumb brutes one would see in any run-of-the-mill zombie movie, uncoordinatedly running around in broad daylight waiting to be gunned down by nameless soldiers. Without any suspense or horror, the chilling edge is lost, rendering Outpost: Black Sun more of an indistinguishable straight-to-video action fare. Perhaps most disappointingly, the film has pacing issues. Very little happened in the original film, yet it was gripping due to the consistent tension and intoxicating sense of atmosphere. Significant narrative events this go round are scarce too, but there’s not enough tension or suspense to compensate for the overstretched story. Sure, a lot occurs in the background as previously stated, but Lena and Wallace’s narrative is uneventful. 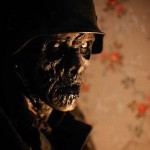 What’s also disappointing about Outpost: Black Sun is the cast. The only actor who makes a positive impression is Richard Coyle, annihilating his comedic instincts for an entirely straight performance complete with a gruff voice. It may take a little while to adjust to Coyle’s new demeanor (especially for “Coupling” fans), but he did a great job with the material he was given. Nevertheless, Coyle is not the most assertive lead. The movie needed a strong anchor, and Catherine Steadman as Lena underwhelms in this respect. Steadman looks the part, but she never quite inhabits the role, and she’s not dominant enough to be a protagonist. Unfortunately, the team of actors constituting the special force operatives are too forgettable and interchangeable as well, coming up short in terms of characterization. Hell, most of them come across as nameless fodder for the Nazi zombies with no other purpose. It’s a shame too, because the mercenaries in “Outpost” were instantly identifiable and easy to latch onto.

The original “Outpost” was lightning in a bottle; a low-budget masterpiece dripping with atmosphere which possessed several layers of mythology to absorb. Its cast was spot-on, and the ensemble dynamics worked magnificently. In fact it’s a great lesson in how to make a great little horror movie without a Hollywood-grade budget. Alas, Outpost: Black Sun is simply not as good. One can sense the filmmakers’ reverence to their own work and desire to expand the franchise, but the finished product is destined to leave the “Outpost” fan base hungry for something better. 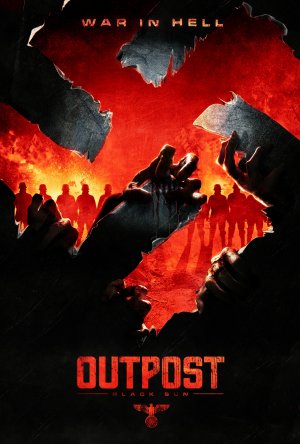