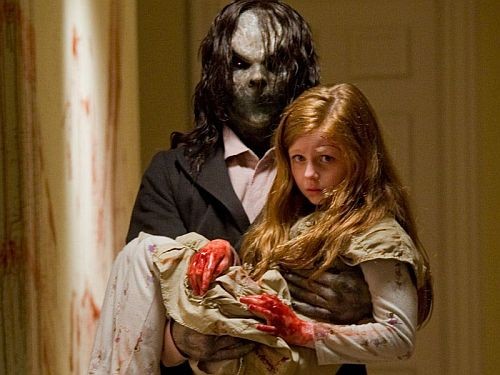 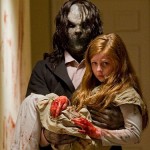 Let’s not mince words here: Sinister scared the fucking shit out of me, and that is not an accolade I hand out lightly. It’s rare to stumble upon a truly scary movie in this day and age; the horror genre has grown stale of late, with filmmakers constantly wasting our time with predictable jump scares and poor attempts at tension. 2012’s Sinister is a diamond in the rough, an authentically terrifying low-budget horror gem that puts to shame 99% of horror movies released in the last decade. Directed in the classical style by Scott Derrickson — who made a huge impression in 2005 with his breakthrough chiller “The Exorcism of Emily Rose” — the film is of a rare breed that burrows under the skin and haunts you for days.

A true crime author, Ellison (Hawke) made a huge splash a decade ago with his hit book “Kentucky Blood,” but followed his debut with a string of humiliating misses. Looking to write another hit, Ellison moves his family to rural Pennsylvania. Unbeknownst to Ellison’s family, including wife Tracy (Rylance) and daughter Ashley (Foley), he has actually moved them into the very house where four people were killed in the horrific unsolved murder case that Ellison plans to write about. Hoping to connect to the crime and conduct extensive research about the brutal murder, Ellison sets up a private office in which to do his work. However, Ellison stumbles upon far more than he bargained for when he discovers a box of 8mm home movies in the attic. The box, as it turns out, contains disturbing snuff films showing families being murdered by a demonic ghoul. Delving further and further into the case, Ellison reaches the point where the line between reality and nightmare is blurred.

Unlike most horror flicks, Derrickson and co-writer C. Robert Cargill show interest in developing the characters as genuine human beings. The scenes of Tracy and Ellison arguing over what’s best for the family feel organic rather than tacked on, and help to generate a sense of danger. Likewise, the film works as a careful character study of Ellison, who’s struggling to reclaim his former glory at any cost. Striving to make a lasting legacy, Ellison grows distant from his family as he becomes overwhelmed by his obsessive work practices. Some may question why Ellison does not automatically pick up and leave as soon as he thinks something is up, but this is all part of Ellison’s flawed character; he doesn’t want to believe anything is wrong. He’s so consumed with the thought of finishing his book, and so convinced that supernatural stuff is non-existent, that he refuses to think straight. Added to this, Sinister may look like a standard horror fare on the surface, but it’s surprisingly inventive, with a late plot twist and a climax which had this reviewer’s jaw gaping open.

Scott Derrickson is a real talent in the field of horror. “The Exorcism of Emily Rose” is one of the creepiest horror movies of its decade, yet Derrickson has upped the ante with Sinister, showing that his tragic remake of “The Day the Earth Stood Still” was just an unfortunate fluke. Admittedly, Sinister is occasionally predictable and Derrickson serves up a smattering of jump scares, but the film is extremely effective nevertheless because the images which trigger the jump scares are goddamn petrifying. The way that Derrickson builds and maintains tension is legendary, and a late scene grows so intense that you could be forgiven for screaming in terror alongside Ellison. Every set-piece is well-staged and effective; the snuff films are too immediate for comfort, and tension is intoxicating whenever Ellison wanders his house’s dark hallways. Furthermore, Derrickson’s crew clearly understood the importance of an effective soundscape in horror. Christopher Young’s score is harrowing and skin-crawling, and the soundtrack is otherwise filled with creepy sounds, whisperings and chants. It’s rare to see a horror film in this style that’s so technically proficient. 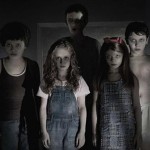 Ethan Hawke was faced with a tough task in portraying Ellison; he was required to communicate the writer’s bruised ego and sell his self-destructive ambition, all the while remaining watchable and maintaining audience sympathy. Remarkably, he pulled it off. Hawke seems genuine terrified whenever the occasion calls for it, and he makes Ellison seem like a real person. Moreover, a lot of the more gruesome imagery from the 8mm home movies is never actually glimpsed; Derrickson instead replaced a few unsettling moments with Hawke’s horrified reactions. It amplifies the power of said scenes, and it also prevents Sinister from devolving into dumb torture porn. Meanwhile, in her first major motion picture, Juliet Rylance holds her own playing Ellison’s wife, Tracy. In a welcome twist on the usual cliché, Tracy does not see anything that makes her suspect the house is haunted. Also in the cast is Vincent D’Onofrio, glimpsed via iChat as a University professor who assists Ellison in his research. An amiable James Ransone plays a helpful deputy, while Fred Dalton Thompson is excellent as a sheriff who detests the thought of Ellison moving into his town.

Sinister is a true breath of fresh air. This is an exceptional horror film, reinforcing that Derrickson is one of this generation’s finest horror filmmakers. Perhaps what sets it apart from its contemporaries is how focused it is. James Wan’s remarkable “Insidious” was spine-chilling, yet the terror was broken up by a sense of funhouse camp. And while Ti West’s “The Innkeepers” is scary, it gives us two fun central characters and a healthy sense of humor. Sinister has none of that. It’s a downright petrifying film which scares the fucking hell out of you and never lets you feel safe. If you watch it in a dark room by yourself late at night, you won’t sleep for days. 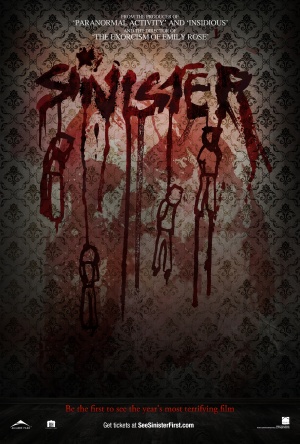