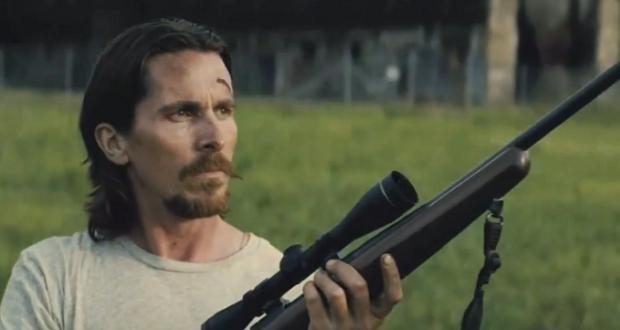 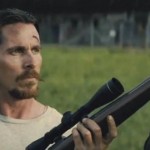 With rifle, will hunt.

With its gritty depiction of rundown small town, USA and characters desperate to find their way, Out of the Furnace looks a lot like a film we’d come across before in 1978’s “The Deer Hunter.” But while I don’t suspect Scott Cooper’s film will win any Oscars as Michael Cimino’s did, his all-star cast also gives superlative performances that will keep audiences engaged for the entire 116 suspenseful (albeit slow moving) minutes.

It focuses on Russell Baze (Christian Bale, “The Dark Knight Rises”), a struggling victim of poverty (and circumstance). He lives in North Braddock, Pennsylvania, a withering town dependent on steel production, and is working around the clock to pay off his brother’s debts with local bookie, John Petty (Willem Dafoe, “The Hunter”). That sibling, a misguided, four-tour Iraq war veteran, Rodney (Casey Affleck, “Ain’t Them Bodies Saints”), isn’t making matters better for himself either — he’s dabbling in something sure to land him further in hot water: Bare-knuckle brawling in rundown factories. Under the coordination of Harlan DeGroat (Woody Harrelson, “The Hunger Games: Catching Fire”), a repulsive, murderous “mountain man,” the fights are a nice source of income, but leave losers lucky to be alive.

And with that, screenwriters, Brad Ingelsby and Scott Cooper, present the makings of the perfect storm, so it should come as no surprise when Rodney ultimately runs afoul of DeGroat. Nor should the notion that when confronted with the situation big bro Russell casts aside his composure and takes up arms. Along with a weary, but compliant Uncle “Red” (Sam Shepard, “Mud”), Russell embarks on a gripping, life and death journey across the underbelly of Pennsylvania and New Jersey.

Now as everyone who has seen “The Dark Knight Rises” knows, bad guys dealing with a determined Christian Bale are in for no walk in the park (just ask Tom Hardy). And it is that same fiery intensity that makes its way into Out of the Furnace that keeps audiences anxious to see what happens next. Bale’s transformation into the thin (not “The Machinist” thin), long-haired, struggling blue-collar worker to brutal retaliator is exceptional and his ability to say more through expression than word is unrivaled today (Robert De Niro impressed much the same way several decades ago). Proving to be a strong resonant board for Bale, Casey Affleck continues his growth as an actor with his impressive depiction of the emotionally wounded brother and provides one of the strongest scenes of the movie when confronting Russell about the troubles of being a stressed Army veteran.

The others — Dafoe, Zoe Saldana (“Star Trek Into Darkness”) as the ex-girlfriend, and Forest Whitaker (“Lee Daniels’ The Butler”) as the local sheriff — are underused but all are engaging while on screen. Harrelson, while perhaps a bit too extreme, is eerily effective as the lollipop-wielding, ruthless criminal, making a final confrontation all the more wanted. 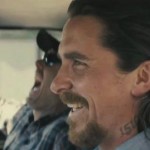 The production values of Out of the Furnace are also satisfying. Cooper and cinematographer Masanobu Takayanagi’s framing of shots of the mangy-looking Baze brothers against shadowy backdrops of steel-town Pennsylvania are particularly striking as much of the film’s narrative is a commentary against the lackadaisical treatment of military veterans and the dire financial state many find themselves in due to no fault of their own.

Putting aside the few underdeveloped secondary characters and the occasional pacing issues, Out of the Furnace is a welcome dramatic diversion. In the day and age of superheroes and CGI it’s reassuring to see a genuine film exit the doors of a studio. (Especially around the holidays when festive cheer is supposed to be pervasive). 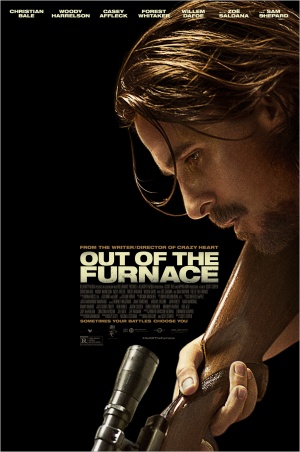