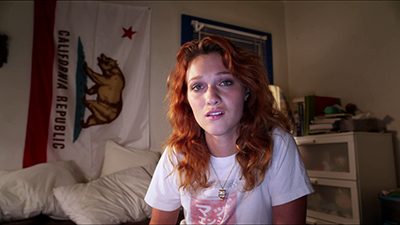 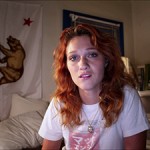 “Ultimately, I want to push beyond reality and become immortal through art.”

Lurking somewhere between the innocence of young Hollywood in James Baker’s “Starlet” and the campiness of Paul Schrader’s “The Canyons,” is Redlands, the directorial debut of veteran Hollywood title designer John Brian King.

As one who lived a half block off Hollywood Boulevard for several years, the 20-something scene is not unfamiliar. Young actresses are in search of the next big gig and typically have a dope-smoking, careless boyfriend who is more concerned with the idea of a Hollywood romance rather than romance itself. Of course, there is always the creepy older gentleman who seeks to “help” further careers. In this regard, Redlands is spot on.

Nicole Fox, the Cycle 13 winner of “America’s Next Top Model,” stars as Vienna, a young model seeking to push the limits of art. She introduces herself via video blog in a “Have Faith” t-shirt with a “California Republic” flag hanging on the wall. California Dreamin’.

Vienna is a California native and understands how the game is played.

Her silky smooth demeanor is contrasted by the aging, wannabe glamor photographer named Allan (portrayed with excellence by Clifford Morts). Sweat drips from the face of the nervous photog when Vienna arrives on set (his home) and the bumbling man busts out his Smart Phone after the boyfriend/escort makes sure everything is legit. It’s definitely not legit, but hey — there is money involved. Cash only.

Five minutes into Redlands, the only likable character is Vienna and one can only hope that she is not sucked into the system of stained couches and sketchy companions.

Director John Brian King is clearly well versed in the inner workings of young Hollywood, and presents a story of disgruntled male artists whom are unable to express themselves emotionally. His film is a series of one-shot vignettes, which usually ends with a man saying, “you bitch” or “that bitch.” The cinematography of Ioana Vasile is a huge question mark in that Redlands has little style or visual appeal. On the other hand, the long takes in bedrooms and a pervy office scene have a definite claustrophobic effect. Only in a few later scenes does the action move outdoors.

It’s unclear if Vienna herself is behind the camerawork as part of her video blog, which would take the film to a new dimension if there weren’t so many holes in that idea. For example, how could she record her photographer visiting with his daughter in a park (“you’re just as stupid as your fuckin’ mother”)? Or how about when Vienna’s boyfriend is getting a BJ from another girl? I want to believe that Vienna is truly pushing the limits of her art but I don’t buy it. 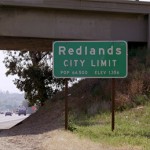 If you take away the Vienna as Voyeur Director theory, there is little to enjoy about the technical filmmaking of Redlands. Only towards the end of the film is there some movement to the camera and the blasé attitudes of the supporting cast are quite unappealing. In one particular scene, the viewer is treated to a five-minute jam session featuring boyfriend Zach and his band mates. The effect is equal to the friend that wants to show you a five-minute YouTube video or explain their entire Fantasy Football Draft. No thank you.

The bright spot here is clearly the performance of Nicole Fox. The fiery red hair makes her stand out amongst all the young actresses of today and the subtle glances at the camera make the video blogs worthwhile. Physically, she is a work of art, which is used by director King to display the creative inadequacy of Allan along with the emotional frustration of Zach.

Redlands succeeds by evoking a stifling and often uncomfortable atmosphere, but unfortunately the filmmaking and dialogue is not strong enough to make the film memorable on a commercial level. On the other hand, there is just enough comedy and shock factor in the script to make the film a cult classic in the SoCal crowd. John Brian King has worked on modern classics such as “Magnolia,” “Boogie Nights” and “Punch-Drunk Love,” which may be a good reason to give Redlands a second viewing if you’re not convinced the first time around. 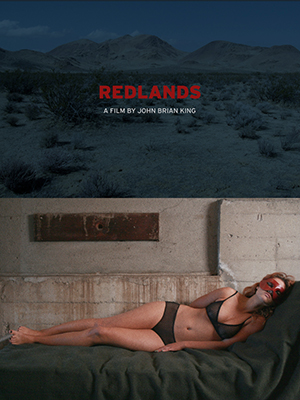