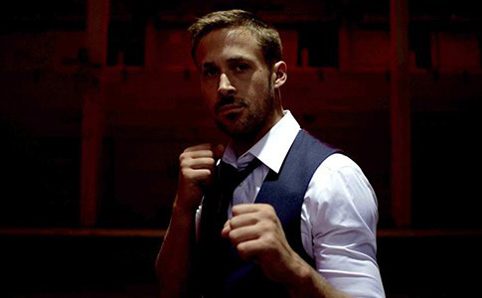 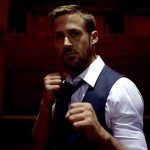 Masculinity, tortured and wounded, is clearly the meat on which Nicolas Winding Refn likes to gnaw, but he’s salivating over the subject a little too ridiculously with his latest feature, the violent revenge drama Only God Forgives. That intriguing title never lives up to its grand potential, as Refn approaches his theme of choice with stale desire and suddenly blunt teeth. His work has always been more visceral than profound, but this latest attempt to find art in violence can’t even give its brutality any dimension.

Refn is aiming for an experience that transcends basic narrative trappings here, pulling us through a sensually photographed tour of a seedy Bangkok underworld where Ryan Gosling’s quiet boxer Julian seeks revenge for the death of his despicable brother. Working often in near silence, Refn reduces whole scenes to emotionless stares and suggestive posturing. It’s a potentially fascinating attempt to tap into this bare existence, but even on the surface, it’s stubbornly static. The drama flat-lines as various characters slither their way through the slimy spaces where deadly desire, murder, and a dangerous sense of honor reside.

With so many bad people doing so many bad things in Only God Forgives, Refn revels in the depravity, but fails to make any of it resonate. The movie just coasts along in its single mode of brawny brooding, mistaking meaningless moroseness for intensity. Scenes unfold at a glacial pace in regular Refn fashion, but while that slowness (of movement, of speech) is capable of generating a haunting state of hypnosis, here it simply highlights the transparency of Refn’s shallow style.

Gosling is playing an even more stripped down version of his quiet, unnamed “Drive” character that marked his first manly collaboration with Refn. Here, he gains a name, but loses what shreds of personality he had the last time around. Julian is a blank slate of a man, an exercise in facial stillness that Gosling is unable to fill with any sense of menace lurking beneath his skin. Like everyone in Only God Forgives, Julian is a soulless shell, which makes the movie’s late grasp at something resembling a clumsy redemption arc for the character feel woefully pointless.

Julian’s competition takes the form of a Thai cop named Chang (Vithaya Pansringarm), whose decision to settle a score causes the core conflict to erupt. Julian’s mom, a makeup-caked Kristen Scott Thomas with a venomous bite reserved for anyone who doesn’t share her genes, arrives to stoke the flames of revenge when her other, nastier son turns up dead. The feud that unfurls from there could be as good a vehicle as any for Refn to further explore the challenges of masculinity that hinges on violence, but the filmmaker is so desperate to shock that the overall experience feels forced and dishonest.

At best, Only God Forgives offers some juxtaposition between the violence it depicts and the crisp, beautiful photography that illuminates this world. Slickly stylized bloodletting is a Refn specialty and here he certainly commands the camera with precise composition and consistent red lighting that initially mesmerizes until the blood-soaked metaphor becomes too obvious. 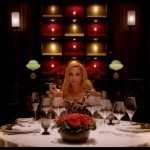 The head of the serpent.

Such an issue encapsulates Refn’s current state as a filmmaker. He has a great eye and some memorable ideas, but it’s all rarely enough to sustain a single feature-length vision. The neon-bathed luxury B-movie approach to “Drive” had surprising mileage, but his latest picture feels thematically and tonally exhausted long before it reaches the final stretch of its measly 90 minute running time.

Visual vibrancy can’t make up for the pale drama that Refn so callously installs. Even the few elements of interest are only temporary in their satisfaction. There’s a relatively novel touch at the beginning where the title is presented in fancily fonted Thai text with a plain English subtitle, but it’s ultimately an empty flourish. Beyond that, Only God Forgives floats through its violent warpath with a detached sense of desensitized expression. It’s all part of a rudimentary design that drains this dark, devious world of its complexities, leaving strange, emotionally vacuous truths in their place. For a movie about masculinity, the men are conspicuously more statue than person. Refn’s characters may bleed, but they barely breathe. 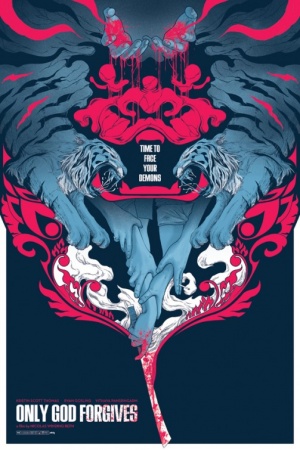