Daniel Espinosa’s Safe House is a lesson in “Filmmaking with Parkinson’s.” The choppily edited actions sequences — onslaughts of bright colors and enough “shaky-camera” to make Jason Bourne nauseous — are hard to endure. Moreover, they’re built on clichés: Coincidental protests (allowing the protagonists some cover), accidental assassinations, and a handful of close calls. Because the plot isn’t the main attraction, these messy thrills immediately forsake David Guggenheim’s thin script and lack of imagination.

Ryan Reynolds plays Matt Weston, a CIA rookie who’s been manning a safe house in Cape Town, South Africa, for 12 consecutive months. With no field experience, he’s overlooked for a promotion by his “landlord,” a government crony named David Barlow (Brendan Gleeson). But once Tobin Frost (Denzel Washington), the agency’s most wanted rouge asset, is captured and brought to the secure retreat, it becomes overtaken by a sect of mercenaries who want the defector. With no support, the greenhorn must protect Frost and himself from both the gunmen and dirty agents who’ve hired them.

Cinematographer Oliver Wood and Editor Richard Pearson create a grainy look that could’ve easily blended in with the landscape but, even with millions of dollars at Espinosa’s disposal and South Africa as his playground, it’s disappointing how he refused to let in the local aesthetic. Save for a chase inside the Green Point Stadium and shots of obscure street markets, the majority of the film’s anchored on drab motels and roadways. 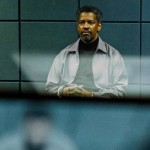 While the plot is formulaic and sticks to garden variety political cover-ups, Safe House is unusually gritty. In the film, betrayal means a bullet to the head and none are spared. While not groundbreaking, this creates a passable atmosphere. Still, it’s no excuse for predictability and indistinct characters. Nevertheless, the two leads are decently entertaining. Washington has perfected his portrayal of the stoic mastermind, whilst Reynolds has innate charisma, but when Guggenheim separates the talents — fixating rather on ho hum chemistry between Weston and his girlfriend, Ana Moreau (Nora Arnezeder) — the tedium sets in.

It’s a cat and mouse game that doesn’t try to be too hard and lumbers through piecing everything together. As a consequence, when Frost discusses the repercussions men in their line of work are forced to live with, it’s contrived; these sullen monologues don’t work because, while the sacrifices and paranoia are summarized through dialogue, they’re rarely shown on-screen. Then there are performers like Vera Farmiga (who plays Agent Linklater) and Gleeson whose characters are sorely underdeveloped. Despite having the incredibly expensive Jay-Z and Kanye West collaboration, “No Church in the Wild,” as a theme song, the movie’s hopelessly cheap in terms of dramatics.

“Human beings in a mob / What’s a mob to a king? / What’s a king to a God? / What’s a God to a non-believer . . .?” ponders Frank Ocean, the hook-man on the aforementioned melody. In Safe House, Espinosa and his scribe explain there’s always a higher power at work — especially in the lives of CIA employees, who relinquish personal relationships to decide the fates of both the innocent and those not-so-guiltless. But, had they infused some dimension and personality, the film would be more than a collection of talking heads and hollow narratives. 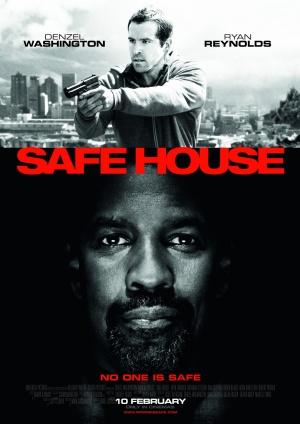