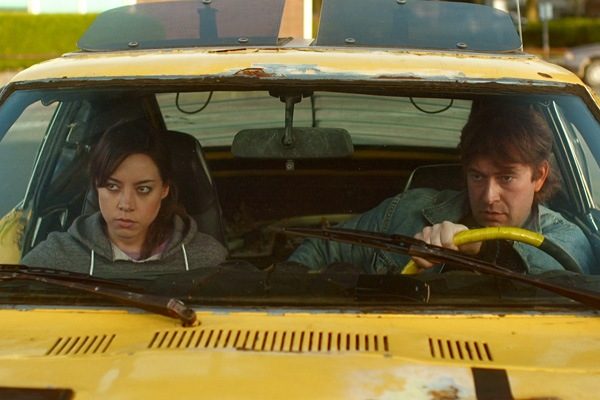 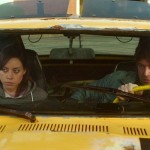 Aubrey Plaza has this look about her. She is short with large eyeballs so she has this way of looking up at people and showing them non-verbally that she thinks they are morons and whatever situation she is in at the moment is stupid. If you are a fan of the TV show “Parks and Recreation,” you have seen this character before in April Ludgate. The filmmakers of Safety Not Guaranteed most likely thought, “Well, we have this same character straight from the show, guess we’ll hire the same actress to play her.” Darius (Plaza) is a direct rip-off of April Ludgate; however, instead of working for Amy Poehler in Pawnee, Indiana, she is an intern at Seattle Magazine.

Darius and fellow intern Arnau (Karan Soni) volunteer to tag along with one of the magazine’s journalists, Jeff (Jake M. Johnson), for a few days out to the cold Washington State coast to track down the guy who posted an abnormal classified ad. Kenneth (Mark Duplass) seeks a partner for time travelling, but the prospective partner must bring their own weapons and he warns them that their safety is not guaranteed. This is not a foundation for the hardest hitting journalism, but then again, the film does not make out Seattle Magazine to be the most informative periodical either.

Picking up where Jeff fails, Darius uses some of her feminine skills to convince Kenneth she is interested in being his time travelling partner and they embark on training. Training consists of target practice with a pistol, breaking and entering and grand larceny at a research lab, and sitting around a campfire playing the zither. Jeff, meanwhile, tracks down his old flame from 20 years ago. He has idealized a summer from his past and is convinced Liz (Jenica Bergere) is the one who got away. A simple example to explain just what kind of person Jeff is comes from this conversation with Liz, “So, tell me about your life Jeff.” “Well, I have an Escalade.”

There is something off about Safety Not Guaranteed and I believe it is the script; it tries way too hard to be the next quirky comedy. First of all, her name is Darius? Strike one. Three oddly matched and eccentric people go on a road trip, share a hotel room, and spend an inordinate amount of time trying to get Arnau laid. Strike two. The zither is strike three. Also, there is an undercurrent of mental illness only hinted at in the script but far more blatant on screen about Kenneth and his time travel ideas. Would a journalist really attempt to write an article mocking a guy who could have a serious mental issue all because he posted a newspaper ad? 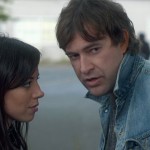 Waiting for the punchline . . .

Mark Duplass, who is also this film’s executive producer, might as well be channeling Zach Galifianakis and his character from “The Hangover.” Everything he does is over the top, aimed at the cheap laugh, and leaves a million unasked questions about how he has gotten to this point in his life. Duplass directed both “Jeff, Who Lives at Home” and “Cyrus” so he should be well aware of the importance of three dimensional characters and how fast the mocking of a character that may or may not be all there can get old with the audience real quick. Then again, perhaps he is not aware since “Cyrus” wasn’t very good.

April from “Parks and Recreation” does not need her own spin-off story. Her character works best as a sidekick who shows up every now and then to roll her eyes, say something snarky, and move on. A full feature length film of that attitude wears thin. Jeff’s subplot with his long lost love Liz is more promising and works out exactly how it would in real life, so here is a big kudos for first time screenwriter Derek Connolly for that. However, if Connolly had throttled back a bit on the overt attempt to be quirky (e.g., Zooey Deschanel), Safety Not Guaranteed would have been far better for it. 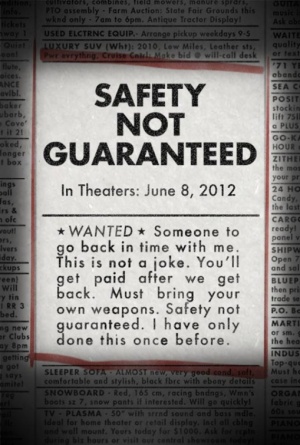