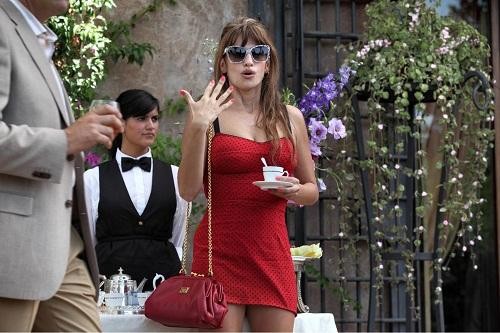 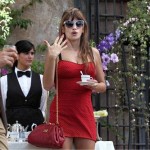 We have seen Woody Allen’s multiple love letters to New York City, London, Barcelona, and Paris; now he sets his satirical eye on the ancient city of Rome. Starting halfway through the previous decade, Woody Allen altered his standard oeuvre from mostly comedic farce with a dash of autobiographical drama set amongst towering New York skyscrapers to films set in major European centers where the city itself is almost its own character. Barcelona nudged its way into the love triangle of “Vicky Christina Barcelona” and Paris’s nightclubs and streets were a central character along with Ernest Hemingway and Gertrude Stein in “Midnight in Paris.” In To Rome with Love, Woody is even less subtle about his intentions by loudly proclaiming in the film’s title what he is up to.

There are multiple stories entering and exiting the stage with even more characters; however, unlike the majority of films which juggle numerous plot lines, these do not intersect; they exist by themselves and involve their own unique Roman characteristics. There is John (Alec Baldwin) who chooses to retrace his former life as a young man in Rome 30 years ago and ends up having a very interesting encounter with Jack (Jesse Eisenberg), Sally (Greta Gerwig), and the flippant Monica (Ellen Page). John has seen it all before and sets himself up as a Greek Chorus variant to the younger crowd. By the end of their section, every man in the audience over 30 should be nodding their heads in agreement about the Sally vs. Monica pros and cons. Their love triangle is a convenient excuse to insert the ancient ruins and architecture which, being in Rome, you knew must fit somewhere in the film.

Hayley (Alison Pill) is in her early 20s and fulfills one of the ultimate lost tourist clichés in Rome; she bumps into Michelangelo (Flavio Parenti), falls in love, and decides to spend the rest of her life in Italy. Upon hearing the news, Hayley’s parents, Phyllis (Judy Davis) and Jerry (Allen), jet over to Rome to meet this guy and survey the situation. In his typical Woody Allen way, Jerry has a lot to say about the turbulence on the flight over, sizes up Michelangelo as a Communist, and can barely stand the irony that Michelangelo’s father, Giancarlo (Fabio Armiliato), is an undertaker. Leave it to Woody to be able to fit his absolute phobia of death and all its accompaniments into a film about Rome. This particular film segment uses Roman opera as its backdrop with a very clever farce involving singing in the shower.

The most blatant comedic segment in To Rome with Love involves Leopoldo (Roberto Benigni). He is just a regular working stiff who wakes up at the same time every morning, eats his toast, goes to work, engages in water cooler talk, and comes home. One day, Leopoldo starts getting chased by obsessive paparazzi and screaming autograph seekers who want to know what he likes on his toast, how he shaves, and whether he is a boxers or briefs man. There is no reason for his sudden fame explosion which confuses Leopoldo all the more. This also confused the old ladies sitting next to me; however, this was a brilliant way for Allen to skewer the celebrity fetish. Some people are famous for just being famous even though they have accomplished absolutely nothing. 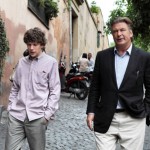 It seems Woody Allen used his most recent European love letter to fit in some messages he has had stirring around his brain for a little bit. He tackles the odd fascination with know- and do-nothing celebrities, the appeal of going after the vapid and attractive female even though you know it will only end badly, and what I suppose is a critique of not being a prude at the beginning of marriage. Milly (Alessandra Mastronardi) and Antonio (Alessandro Tiberi) have just arrived in Rome after their wedding to start their new life. Through a silly and contrived sequence of events which only serve to set up a ridiculous situation, Antonio winds up with a stunningly gorgeous prostitute, Anna (Penelope Cruz), and Milly winds up tempted by her most favorite actor in the world. This particular part of the film does not work too well but it does provide plenty of laughs as an inappropriately clad Anna visits the Vatican.

To Rome with Love is not among the top tier of Woody Allen’s decade long infatuation with filming in European locales (“Midnight in Paris”) but it is certainly not the worst (“Scoop”). Weaving in and out of these disconnected plot lines is fun and most of them are quite enjoyable. Using Rome and all of its wonderful settings to tie all of his characters together easily helps out what will most likely become one of the more middle of the road and average Wood Allen pictures. However, it is worth noting than an average Woody Allen film is head and shoulders above what is playing down the street in your local multiplex right now.