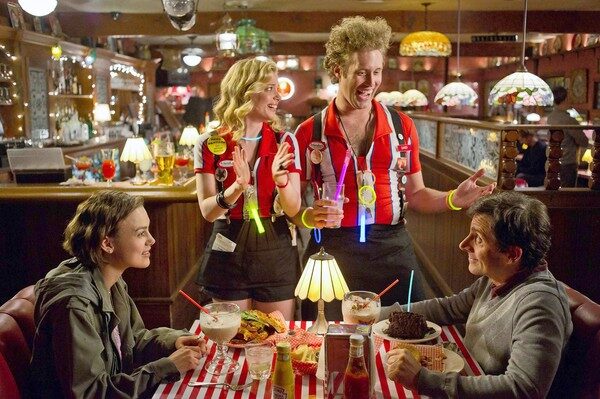 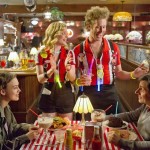 After viewing Seeking a Friend for the End of the World, which has elements of “On the Beach” and “Eternal Sunshine of the Spotless Mind,” it’s difficult to put my finger on just how I feel about it. On one hand, it has some fairly intelligent dialogue (thanks to writer and first-time director Lorene Scafaria, who gave us the dismal “Nick and Norah’s Infinite Playlist“), a nice (if not a little too low-key) performance by Steve Carell (“Evan Almighty“) and a decent soundtrack that includes Herb Alpert and the Walker Brothers. The plot, however, which concerns a world doomed by a quickly-approaching asteroid, leaves very little wiggle room in its conclusion, and some may find little humor in the situation.

Still, there is enough to like about the production to give my slight personal recommendation, just know this is not a movie for everyone. Part of liking this picture will depend on one believing that Steve Carell and Keira Knightley (“Atonement“) would be romantically involved. I myself, can barely fathom that situation, but, then again, maybe it’s that “Last Man On Earth” syndrome you hear so much about.

Anyway, a rogue asteroid called “Matilda” (for some reason) is careening towards Earth and Man’s reign is almost over. And, to put the icing on this apocalyptic cake, Dodge (Carell) sees his wife take off one night in a panic. With three weeks left before the big bang, Dodge, now swigging prescription cough medicine, continues to trudge to work at an insurance company (see the irony?) and pines for an old girlfriend, Olivia, that left him decades ago.

He is invited by friends Warren (Rob Corddry, “Hot Tub Time Machine“) and Diane (Connie Britton, the re-make of “A Nightmare on Elm Street“) to party like it’s 1999, as well as to be set up with the ditzy Karen (Melanie Lynskey, “Two and a Half Men” TV series). The real laughs come in these early scenes as patrons use copious amounts of sex, drugs and alcohol to dull the fear and realization of their own mortality. Meanwhile, news reports (from the same station playing in every home) constantly announces the coming calamity (the screen bug: “Countdown to the End of Days”).

Later, Dodge finds out his cuckoo Pigeon Sister neighbor Penny (Knightley) has kept three years worth of his mail, including a letter from Olivia, that‚ conveniently enough, claims he was always the love of her life. Now motivated to spend the last three weeks of his life searching for his long lost love (although he has no idea where she lives), he takes off, barely escaping a riot, with Penny and boyfriend in tow. That subplot anchor is soon dropped off, though, and the two proceed to gather clues to Olivia’s whereabouts. She stays with Dodge because he promises to get her back to England to see her family, even though all commercial flights have been suspended (again for SOME reason). 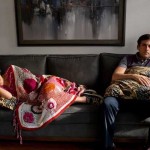 Waiting for the end of the world.

Predictability becomes a burden for Seeking a Friend for the End of the World, however, because we KNOW something will happen with these two. We also know this road trip will introduce several incidental and over-the-top Jim Jarmusch-ian characters, such as a man (William Petersen, “CSI: Crime Scene Investigation“) who has hired an assassin to kill him, the Devil-may-care staff at a roadside diner, Penny’s survivalist ex-boyfriend (who lives in a fallout shelter and has a seemingly endless supply of food, water, fuel, and fleet of mini automobiles) and Dodge’s estranged father (Martin Sheen, “The Departed“) looking for a second chance with his son.

It’s all a bit much, with not only comets, but reconciliations and resolutions flying about all over the place. Plus the sexual tension and ultimate attraction between the almost postmortal Dodge and the hyperkinetic Penny seems really forced and would occur only in a film like this. Plus, there are riots, wild and unruly behavior, guiltless sex and debauchery, but no mention of God, heaven, prayer, meditation, reflection or hedging of bets — just in case there IS an afterlife and this existence DOES have validity and consequence.

But while the two leads and their predicament is hardly interesting enough to spend 94 minutes watching, the supporting cast — and the humor garnered from them — does manage to keep Seeking a Friend for the End of the World engaging. Just barely, though.

'Movie Review: Seeking a Friend for the End of the World (2012)' have 7 comments 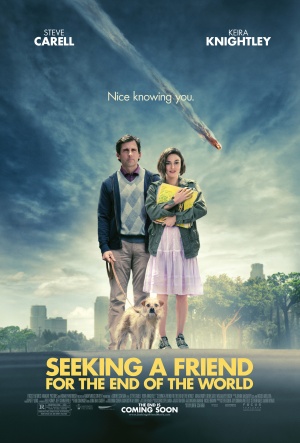