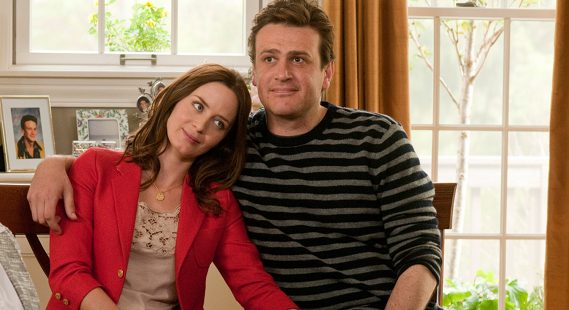 I tried to make a list of movies which I laughed at less than Universal’s newest release, The Five-Year Engagement, and could only think of two: “Observe and Report” and “The Passion of the Christ.”

Films I found much funnier include: “The Love Guru,” “Deuce Bigalow: Male Gigolo,” “All About Steve” and “Platoon.” That does not surprise, however, since this picture was directed by Nicholas Stoller — the man responsible for what I believe are two of the worst “comedies” of all-time, “Get Him to the Greek” and “Forgetting Sarah Marshall.”

What is a surprise is even with a cast that features Jason Segel (“The Muppets,” “How I Met Your Mother” TV series, who also co-wrote with Stoller), Emily Blunt (“Salmon Fishing in the Yemen,” “The Devil Wears Prada“), Chris Pratt (“Moneyball,” “Parks and Recreation” TV series), Alison Brie (“Scream 4,” “Mad Men” TV series) and David Paymer (“Quiz Show,” an Academy Award nominee for “Mr. Saturday Night“), there is – sadly – not one funny moment or humorous situation.

And, at two-plus hours, this monstrosity drags like a bloated beached grey whale, with no pacing, direction or intriguing plot line to hold any interest whatsoever.

The story of The Five-Year Engagement has sous chef, Tom Solomon (Segel), meeting Violet Barnes (Blunt) at a “super hero” costume party in San Francisco. He’s a pink bunny and she’s Princess Diana (for SOME reason). A year later, he proposes, but a series of contrived events take place to postpone the nuptials.

She then gets a job in the psychology department at the University of Michigan, so he gives up his job to travel to Ann Arbor with her. While there, she meets another group of depressing, humor-impaired colleagues, including Kevin Hart (“Fool’s Gold” — notice the pattern here of these actors appearing in terrible comedies?), Mindy Kaling (“The Office” TV series) and Randall Park (“Larry Crowne“). He struggles to find work, finally getting a job making sandwiches at a greasy spoon diner. As she rises in the eyes of her professor, the irritating Brit Winton Childs (Rhys Ifans, “Nanny McPhee Returns” *sigh*), Tom turns into Grizzly Adams, growing a ridiculous beard, making his own mead and killing his own food. 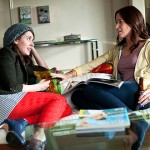 In between it all, the movie introduces some wild slapstick in which Violet gets shot with an arrow and slammed with a car door; while Tom wanders out on a freezing night, suffers frostbite and loses a toe (this is supposed to be laugh-inducing?!). At least they’re better than what are supposed to be the funniest moments in this enterprise — the funerals of various grandparents who died waiting for this marriage to take place.

What will happen to the star-crossed lovers? If you’re like me, you will not care one bit, since all they seem to do is bicker and have absolutely no chemistry, anyway. There also is not one likable or even redeeming character here. Even Tom’s best friend, Alex (Pratt), and Violet’s sister, Suzi (Brie), who hook up after she is impregnated on a one-night stand, are so shallow and badly-written as to induce a malaise of immense proportion.

But Segel, who helped bring the Muppets back to the big screen (an effort I have praised), is the worst culprit of all. His Tom is basically one of the biggest jerks in recent comedy history, yet despite his aggressive repulsiveness, Violet cries (several times during the proceedings), “I love you, so much, I love you so much.” Love is an emotion few will feel about The Five-Year Engagement, which is about the length of time one will believe they have actually spent watching this claptrap. 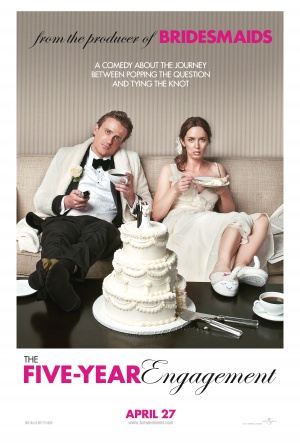