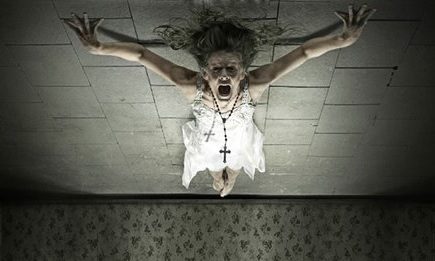 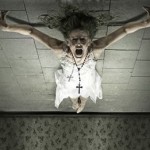 Resting on the ceiling.

In a post “Bambi 2” world, the irony of titling a picture The Last Exorcism Part 2 is seemingly left unacknowledged in this dour, occasionally effective demon possession chiller. Director Ed Gass-Donnelly’s film seems to wrestle between delivering on cheap jump scares and delving into something considerably more unsettling, the tale of a fundamentally good woman staving off madness as it chips away at her psyche in ways small and large. Unlike the first film in the series, “The Last Exorcism,” Gass-Donnelly does away with the found footage format that director Daniel Stamm used with enough dexterity to justify a sequel, financially anyway. Embracing a traditional narrative and a slow burn pace, Gass-Donnelly crafts a character portrait until a second half jettisons the promise of the first hour to deliver on the titular exorcism. Luckily, Ashley Bell, reprising her role as Nell, approaches the material with a compelling portrait of innocence, making her struggle palpable even when the film traffics in well-worn clichés.

After the climactic events of the first film, Nell inexplicably ends up in a treatment facility run by Frank (Muse Watson), who believes her experiences with the cult of the first picture have left her mentally unstable. As she integrates herself into normal society and strikes up an awkward romance with Chris (Spencer Treat Clark, all grown up), old habits bubble up to the surface and soon enough Nell is plagued with visions and haunted by a mysterious passerby who hints at her role in the big picture. Ashley Bell is at home with this role, making Nell’s experiences with the ordinary world tinged with a kind of sweet chastity. She is frequently out of step with the girls she shares a home with and Bell’s expressive features tell of a deepening struggle with rigid moral standards. 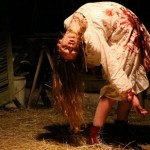 The sparse dialogue, penned by Damien Chazelle and Gass-Donnelly, as well as the drawn out pacing, no doubt pays tribute to films like “The Exorcist,” the paterfamilias that spawned countless imitations. The Last Exorcism Part 2 also owes a debt to “Carrie,” with Nell’s sexual awakening and Bell’s performance very reminiscent of Spacek’s damaged turn. For the first two acts, the film is pitched as a series of escalating scares, until the introduction of a completely new character derails the initial coming-of-age story line and forces the film to a payoff that feels both rushed and unsatisfying.

I won’t spoil it here in detail, but suffice to say the film is poised to deliver on what the title promises and while the climactic scene is drawn out effectively, one can’t help but feels that it’s an unnatural turn of events, a way to please a discerning audience no doubt growing impatient. Where the first film could rid itself of narrative fat by citing its found-footage format, The Last Exorcism Part 2 wants to luxuriate in a slow-brewed tale of personal hell, which is why the conclusion sticks out and, worse yet, feels like a letdown considering what came before. The Last Exorcism Part 2 ends definitively when a little subtlety could have contributed a lasting unease and made for a more memorable picture — but then again, that picture is unlikely to have been a sequel in the first place. 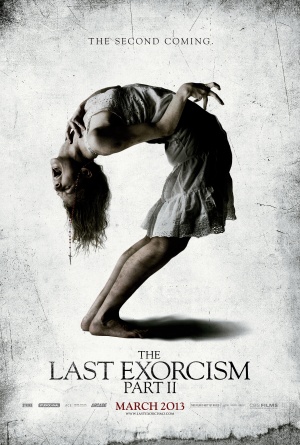