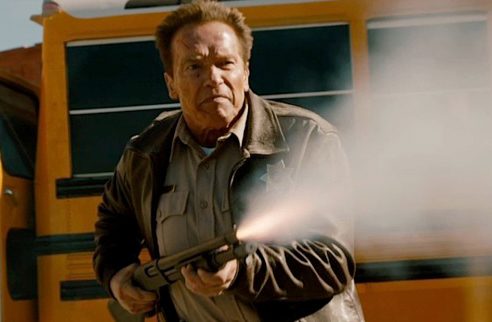 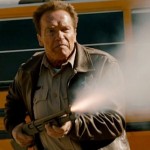 Arnold is back — and he’s bitter. And so is the script for The Last Stand.

After two terms as governor of “Cally-fornia,” as well as bit parts in a few movies here and there, Arnold Schwarzenegger has finally returned to his above-title billing as the action hero we’ve come to expect: The lone wolf good guy fighting insurmountable odds and blasting villains away while firing off puns as fast as bullets.

The only thing he does not utter in this one is: “I’ll be back.” And, with a film like The Last Stand, why should he be?

Schwarzenegger here plays Ray Owens, a former LAPD undercover agent who has seen enough “blood and death” and has moved to a small berg in Southern Arizona to serve as the town’s laid-back sheriff. With a cast of idiotic and/or incompetent deputies, he can finally relax and put the rest of his career on cruise control. Of course, though, if this were the case, there would be no film, so events transpire to put his semi-vacation life on hold.

For example, in Las Vegas, an FBI team led by John Bannister (Forest Whitaker, “Street Kings“), is transferring drug cartel head Gabriel Cortez (Eduardo Noriega, “Vantage Point“) to a federal death row facility, but a sophisticated escape plan gums up the works and puts the baddies on a collision course with Owens,who must take a last stand to prevent Cortez from crossing the border into Mexico as he drives a special ZR1 Corvette that can travel at about 200 MPH.

How can a few lawmen, including a drunk Iraq war veteran, Frank (Rodrigo Santoro, “What to Expect When You’re Expecting“) and chicken-hearted Dep. Mike Figuerola (Luis Guzmán, “Journey 2: The Mysterious Island“) handle such an array of opponents? Easy, recruit bumbling cretin Lewis Dinkum (Johnny Knoxville, who shares comic relief duties with Guzmán, although neither are very funny), who just happens to own a weapons museum with more than enough firepower to match Cortez’s cartel arsenal. How convenient.

The Last Stand now turns into a game of cat-mouse and sledgehammer as Owens and company must stop Cortez and a dirty FBI agent at Sommerton Junction, the last US stop before the freedom of Mexico. Thrill as Arnold shakes off the rust and gets to slaughter an unknown and uncountable number of henchman before taking on the top lieutenant, Burrell (Peter Stormare, “Lockout“) and then fighting it out with el hefe atop a pontoon bridge that leads across the border. All of this taking place while Bannister and the seemingly helpless feds just sit around watching. 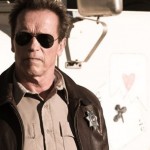 The good things about this picture are its brevity (barely one hour, fifty minutes in length) and how director Jee-woon Kim (“I Saw the Devil“) keeps things moving along at a nice clip. The film slows down, however, during the moments of unnecessary exposition story development (there’s really no story — the need for development is moot). The violence factor is quite high, with more bullets to the head than Sylvester Stallone’s upcoming flick, “Bullet to the Head.” The characters are also mostly clichéd and one-dimensional, with little or no empathy for them or their plight.

All of this aside, The Last Stand will neither enhance or diminish Schwarzenegger’s legacy (whatever that may be). It’s nice to see him back in the saddle of a lead role, although it’s a shame it had to be atop this particular horse. Audiences will see an older, creakier, quieter and maybe a bit wiser Arnold do what he has always does — fire big guns and blow up people at will — and then walk away mostly satisfied. Critics like myself are more likely to think back to the heady days of “Predator,” “Commando” and “The Terminator,” among others, when he was synonymous with action, yet fun, pictures. This one is certainly competent and workmanlike enough, but not very memorable, fun — or good for that matter. 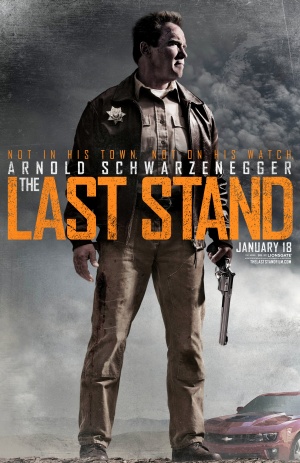