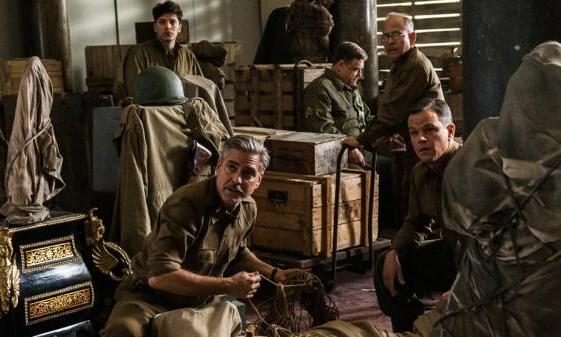 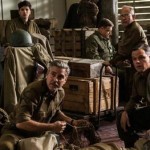 There’s not much more frustrating than a film that comes so close to being thought-provoking and perceptive, but chooses instead to focus on apathetic plights and easy solutions. The Monuments Men embodies this all too well, dangling fascinating questions just out of reach, all the while cycling through a series of genre tropes from rousing speeches to untimely deaths. Clooney takes an inspiring true story and essentially turns it into every historical mission ever, ignoring any intellectual depth in favor of tried-and-true American heroism in the face of Nazi and Russian evils.

Based on a book, The Monuments Men: Allied Heroes, Nazi Thieves, and the Greatest Treasure Hunt in History, by Robert M. Edsel, The Monuments Men tells the story of a group of men recruited to find and return pieces of art stolen by the Nazis. Though it occurs as the war is ending, it keenly emphasizes both the level of danger involved in this task, and the fact that none of these men are soldiers, but rather artists, historians and collectors — exactly the group of people least suited to such an assignment. Presented with the classic narrative of a humble group taken out of their comfort zone for a noble cause, there wasn’t much Clooney could do that would have removed the entertainment value, and he most certainly doesn’t. But from early on, the film has the distinctive feel of a moral version of “Ocean’s Eleven,” complete with Frank Stokes (Clooney) deciding with his partner, James Granger (Matt Damon), whom to recruit for which role and plotting the tactical strategies to be used. Continuing along this vein, it portrays in opposition to our heroes both the vengeful Nazis, determined to let everything burn rather than see it taken, and the fast-approaching Russians, who it seems would undoubtedly steal the precious art for themselves.

In a theoretical, non-tangible sense, the premise deals with not only the sentimentality of these men for the art they love, but the value of art itself, and what that comes to mean in the greater sense of the realities of the world, particularly in comparison to human life. Unfortunately, for a film that constantly mentions this as its driving question, it never actually deals with it. Instead, this becomes the backdrop — practically an excuse — for a baser need for one-upping Nazis and fighting for some ethereal, undefinable cause. The superficiality of motives throughout the film is probably best seen through the fact that despite claiming that the love of art is where their interests and loyalty lie, what is arguably considered the biggest and most successful recovery of the film is only seen as such because it acts as the commemoration of a friend. The statue in question comes to stand not for the appreciation we should hold for our cultural archives but for the heroism to be found in fighting to honor the memory of the dead; while this isn’t by any means an immaterial message, it deviates rather strongly from the film’s supposed philosophy in order to garner a bit of audience empathy. 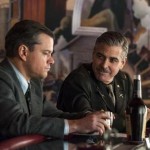 This might well be the film’s fatal flaw — its need (or perhaps desire) to tackle important issues while refusing to let go of the standard framework such a plot line typically inhabits means The Monuments Men is too haphazardly drawn out, leaving us lacking in everything, whether that is character development or introspection with any real gravitas. Damon’s independent journey to find and gain the help of Claire (Cate Blanchett) is a tentative subplot at best, and we’re left with more questions than answers as to their personalities. Despite the fact that the characters are so thinly portrayed, playing as chess pieces in the progression of the plot rather than as believable people, the amazing cast does do wonders for the film. John Goodman and Bill Murray are talented as always, though somewhat wasted on basic humor to the extent that a touching scene involving Murray is forgotten almost as quickly as it appeared.

Clooney’s direction is — perhaps as a result of his extensive experience in the industry — almost always a compilation of small inspirations and techniques drawn from others. What this means, therefore, is that while it cannot be called flawed, it also equally evades creativity. You’ll come out of The Monuments Men with exactly the same opinions on Nazis that you had going into it, but that’s a given. That you’ll come out with the same impression of art as you had going in, well, that’s a little depressing. Monumental seems all too misleading a word for a world in which nothing is novel and everything is so sweepingly generic. 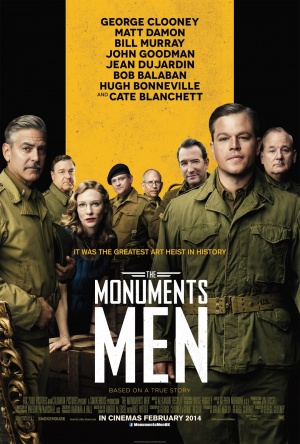