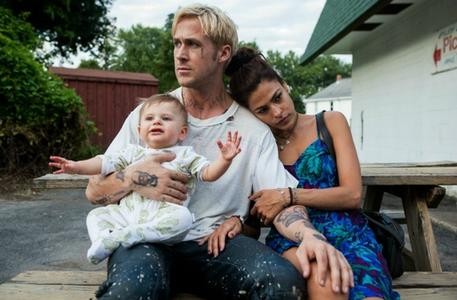 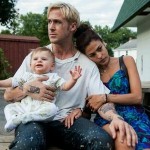 Trying to be a family man.

A deft touch turns into a heavy hand in Derek Cianfrance’s big, bruised follow-up to his quietly brilliant masterwork “Blue Valentine.” His latest is a conflicted drama about fathers and sons and fate and bad decisions and maybe even ice cream. The Place Beyond the Pines is an admirably ambitious project that clobbers its themes loudly, the blatant boldness of the clobbering increasing as the movie barrels through its 140 minute running time. It’s good to see Cianfrance try something new, to attempt an epic scope with his grounded visual style mostly intact, but it’s an occasionally manipulative transition that both shows the rawness of his grand talent and exposes his reliance on manufactured emotions to tackle multi-layered melodrama.

The movie opens with an exquisite first shot during which we meet tattooed Luke (Ryan Gosling, “Drive”) and then follow him, without edits, as he walks through the cacophonous chaos of a carnival to his specific post. Luke is a motorcycle stunt driver who joins two other fellow stunt drivers inside a spherical metal cage for a trick that requires the trio to drive around the cramped space in danger-flirting unison. It’s a uniquely immersive opening shot that instantly pulls us into Luke’s world and introduces us to his personality before we ever see much more than the back of his head.

Cianfrance doesn’t leave any symbolism unannounced here, so Luke’s chosen profession tells us a good amount about how he lives his life: Quickly, lonely, and dangerously. The first wave of melodrama kicks in early when an old, brief flame reappears and Luke learns that he’s a father. He hasn’t seen his son’s mother Romina (Eva Mendes, “The Other Guys”) since his last stop in this small town about a year prior and his commitment to the travelling carnival means he won’t be staying long during this visit either. But Luke weighs his options in light of this new information and decides to stick around in hopes that he can support his child.

This portion of The Place Beyond the Pines has a gritty, haunting quality to it that speaks to Luke’s displacement. He’s a drifter who’s suddenly thrown out an anchor, abruptly seeking an opportunity to settle down. He meets fellow loner Robin (the chameleonic Ben Mendelsohn, “Killer Elite”) and slowly tries to build a relationship with Romina. But for all of the connections he makes, Luke remains hardwired for an insular existence. Before long, he turns to robbing banks to make some money for his son and begins a downward spiral that the movie’s melodramatic underpinnings ensure can’t end well.

Luke’s arc culminates with a really bad decision that too obviously has a tragic moral waiting around the corner. Where his contribution to the story is headed certainly feels like a waltz into predictability, but Cianfrance is still able to tap into Luke’s primal bid for survival by adding elements of desperation to his usual display of motorcycle confidence. A viscerally thrilling chase sequence feels eerily authentic as Cianfrance strips away the artifice by mostly limiting the camera to point-of-view shots captured from within the vehicles of the pursuers. The filmmaker excels at inserting us into these moments and it is a testament to his talent that he can accomplish this feat in the midst of such gathering sentimentality.

The movie’s ambitious reach broadens with the introduction of hot shot cop hero Avery (Bradley Cooper, “Silver Linings Playbook”), whose arc is less engaging and more ridiculous than Luke’s. Cooper brings a gentler, softer kind of charisma to the screen than Gosling, but both men carve out their roles with aplomb. When Avery arrives, so does some dirt on a group of crooked cops and Cianfrance’s movie begins a slow decline into emotional irrelevance. Messages about finding the good in the bad and the bad in the good abound, as criminals like Luke are looked upon with sympathy, while nearly an entire police department is vilified. I imagine Cianfrance is attempting to revel in gray territory with this attitude, but he ends up exaggerating his points so that it looks like he simply inverted the black and white ends of the moral conundrums he wishes to explore. 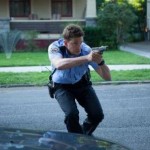 More rotten character decisions dictate the curves in the narrative and it is in these turns that Cianfrance can’t avoid a stifling sense of calculation. When the characters feel like pawns in a bigger plan, the story crumbles because it’s disconnected from the actions of its heroes and villains. Moving everything around to set up the finale that ties it all together takes the director away from what he does best.

There’s still some intimacy and strong performances at work here, though, and the movie even survives a 15-year launch into the future that could feel tacked on if it weren’t such an integral piece of the puzzle. That leap forward allows Cianfrance to add time to the list of thematic targets, a move that aligns The Place Beyond the Pines with “Blue Valentine,” at least in terms of examining how time erodes relationships.

At no point does Cianfrance’s latest effort reach the powerful peaks of his previous movie, but while this final act of The Place Beyond the Pines is perhaps its messiest and most eagerly operatic, it also represents such a big, boisterous lunge at tender profundity that I can’t help but admire what the movie finally strives to be. The motifs are mined for treacle and Cianfrance seems a little worried that we’re going to miss simple clues and cues, leading to unnecessary close-ups, but as the movie slips, Cianfrance’s hand, while heavy, at least remains steady. 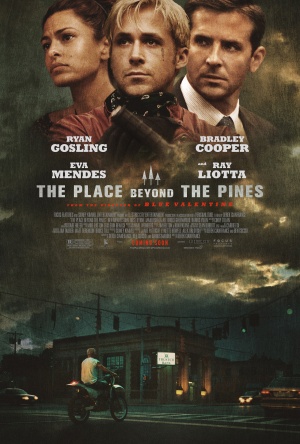