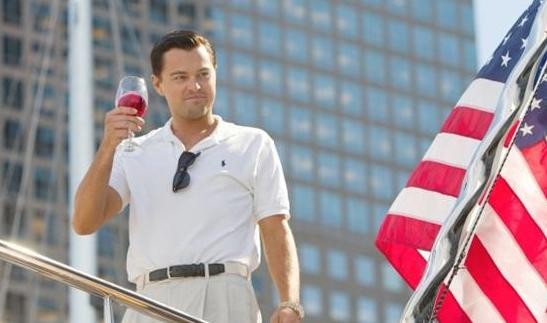 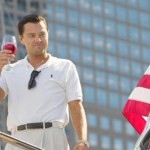 Martin Scorsese seems to subscribe to the belief that age is just a number. Arguably the only one of the 70’s “Movie Brats” who hasn’t completely lost his touch (Spielberg being debatable), he continues to churn out films at a frequency that would exhaust a filmmaker half his age. That said, while his latter-period work is mostly above-average to very good, it’s quite a far cry from his masterpieces spanning his “Taxi Driver” to “Goodfellas” era. That is until now. The Wolf of Wall Street not only finds the 71 year-old director at the most comfortable he’s been at the helm in ages, but also possibly the most energized he’s been at any point during his entire career.

The story follows Jordan Belfort (Leonardo DiCaprio, “Django Unchained“), an aspiring stockbroker who moves to Wall Street at the age of 22 to fulfill his lofty financial ambitions. When his dreams are cut short following the market crash of 1987, he finds himself at a small-time firm trading small-time company stocks. What would seem like a dead-end is just a new beginning, however, as Jordan soon finds out he’s a natural salesman with a gift for selling just about anything through his silver-tongued manipulation tactics. This leads to him eventually opening up his own company with newfound friend Donnie Azoff (Jonah Hill, “This Is the End“), and making money beyond his wildest dreams off his natural charisma and eventually illegal stock operations.

Jordan’s nature as a salesperson extends even to the narration of The Wolf of Wall Street. Equal parts Henry Hill and Ferris Bueller, Belfort narrates his story in a charismatic, self-congratulating tone that makes it clear he wants you on his side even as his life spirals out of control. Despite this, the script by Terence Winter (“The Sopranos” TV series) never stoops to glorifying the character’s actions. Like “Goodfellas” (the Scorsese film it most resembles), the decadent lifestyle lived by the characters seems like a lot of fun at first, but in classic Marty form, the film never lets Belfort and company escape the consequences of their actions, landing the movie in more cautionary tale territory than fantasy fulfillment. But while the similarities — both structurally and thematically — to “Goodfellas” are striking, The Wolf of Wall Street transcends being a simple rehash by offering up its own brand of absurdity that has it mark Scorsese’s most openly comedic film since “The King of Comedy.” People’s mileage on the jokes will likely vary depending on their tolerance for rude and crude behavior, but the film uses humor primarily to bring attention to the underlying rotten nature of the characters, simultaneously exploiting it for laughs and condemning their ways. 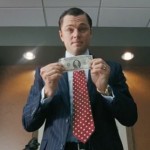 Money. The root of evil.

Perhaps the film’s most impressive asset is the fact that even at a jumbo-sized length of three hours, the movie never once drags. Driven by a career-best performance by DiCaprio and a manic, raunchy energy befitting the nature of the goings-on, it marathons from scene to scene toward its inevitable conclusion, maintaining a frenetic tone that exhilarates rather than exhausts. Structurally, it’s the kind of film Scorsese can pull off in his sleep, but here his firm grip on the material goes hand-in-hand with a zesty fervor and vision he hasn’t possessed in years. Although the film does ultimately condemn the actions of its characters through just retribution, the filmmaker seems to know that you don’t need to shun the characters at every turn to get the point across. Thusly, the debauchery onscreen allows the audience to have fun along with the Jordan and his cohorts, making it all the more impactful when the hammer eventually does come down.

The Wolf of Wall Street will probably be divisive, though. While some will bemoan its gleeful excesses and monster length, those nostalgic for Scorsese’s 90’s heyday of sprawling rise and fall tales will be ecstatic. But whereas “Goodfellas” was classic rock and “Casino” was smooth jazz, The Wolf of Wall Street is punk. Crackling with enthusiasm and a savage “fuck you” attitude, it commands attention from the first second to last. And just as its lupine name suggests, once you’re within its vicinity, there’s no escaping its forceful bite. 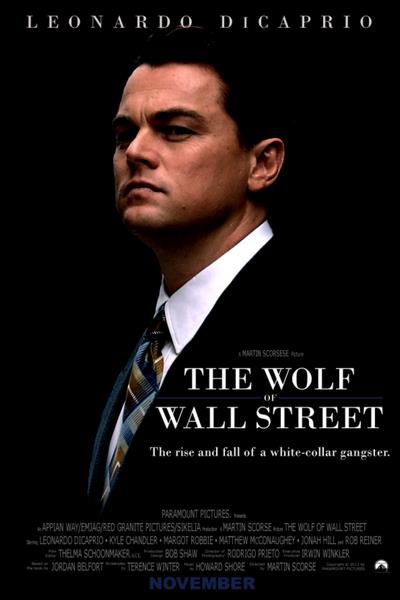