After watching the first two X-Men films, I was positive this would be amazing, mind blowing visuals, and above and beyond any fan’s expectations. Instead you are left with an over-populated mutant community. The end result, much the same as elsewhere — resources stretched to the breaking point forcing everyone to settle for less.

The third installement of this franchise, X-Men 3 – The Last Stand, faces the same quandary as that the “Batman” franchise did at the same stage, notably the dual challenge to adapt to the new director. There’s he third challenge to adapt to the new director.There’s a third challenge here, however, which is that the underlying conflict remains essentially the same, with friends-turned-enemies Magneto (Ian McKellen) and Professor Xavier (Patrick Stewart), along with their respective mutant armies, continuing to play out their philosophical differences on an increasingly violent global battlefield. The catalyst for conflict this time is the development of a genetic “cure” that can transform mutants into “normal” humans, those dreaded homo-sapiens that Magneto so despises and whom Xavier has sworn to defend.

Incoming director Brett Ratner — who did a switch with the previous director Bryan Singer after Singer replaced him on the forthcoming “Superman Returns” — has never been known for his sensitivity, story sense or acuity, all characteristics that helped Singer elevate the previous two films above comparable comics adaptations. There is virtually no character development and all the new characters they introduce make very brief appearances. What Ratner does have is a profound attraction to bombast and excess, essential qualities these days for overseeing the kind of mindless summer fare that relies more on compound explosions and nonstop action than cogent narrative.

In fairness, X-Men 3 – The Last Stand is not a total catastrophe; had Singer not already set such a high standard, Ratner’s effort would be perfectly acceptable from a generic action film point of view. But the problem persists that the first feeling you get after watching the movie is that it felt more like a drama than an action flick. The creative implementation of diverse powers with which Singer’s films kept audiences rapt has given way to a wide array of mutants who are all variations of either super-strong or super-psychic, which means that most everyone is either levitating cars or throwing them.

At this stage, Fox should seriously consider either retiring the franchise entirely or giving it a rest before reinvention. 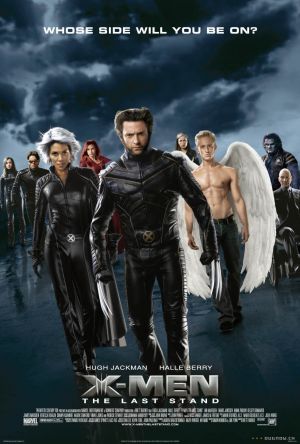