Madness has been a hallmark in Darren Aronofsky’s films (“Black Swan”), and it might be at its most feverish hour here in his upcoming mother!. Fittingly for a (deliciously secretive) psychological horror-thriller, Paramount Pictures, at midnight, released a full-length trailer for it, which has everything to cause the senses to panic. As the violin whips grow increasingly harsher, the images become more detached from reality. Why do strangers keep flocking toward the lead characters’ house? Some coven and cult activity going on here? What is the deal with the hellish-looking dungeon?

As for the title, mother to whom? Or what? Or is it just a play on the word “murder” a la Bong Joon-ho’s film? (Jennifer Lawrence’s wife character screams the word in the teaser, yet it is not repeated here). And while mother! is still drenching in mysteries, this much is clear(-er): Only the wife is under duress from these bizarre events, seeing that the husband (Javier Bardem) is the one orchestrating them . . .

Give the frenetic trailer a spin and don’t forget to share if you discover any Easter eggs (remember the film’s first posters?) 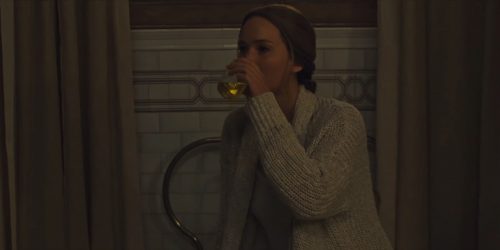 Official Synopsis:
A couple’s relationship is tested when uninvited guests arrive at their home, disrupting their tranquil existence. 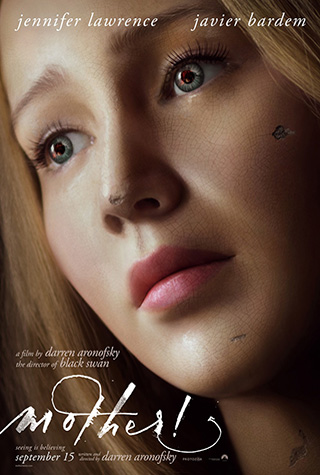