The new-look Spider-Man (Tom Holland) made a big splash in “Captain America: Civil War” and he is sure to do so in his latest rebooted effort, Spider-Man: Homecoming. I say this because Marvel is involved in the production to rub off some of the bad mojo Sony has dripped upon the franchise over the past 15 years or so and supposedly they’re skipping the origin story and jumping right into the good stuff. Stuff that includes battling The Vulture (Michael Keaton), Shocker (Bokeem Woodbine) and Tinkerer (Michael Chernus), talking shop with Iron Man (Robert Downey Jr.), and stressing out his poor Aunt May (Marisa Tomei). Obviously this early trailer courtesy of Columbia Pictures isn’t overly revealing though The Vulture looks intense, and Spidey holding together a ship split in half begs a few questions, but check it out anyway. Everyone else on Earth will be. 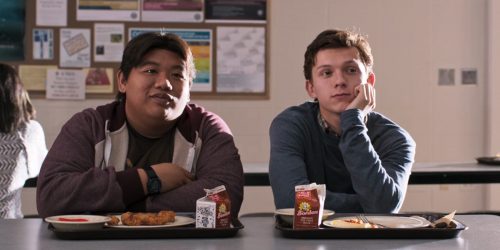 Official Synopsis:
A young Peter Parker/Spider-Man (Tom Holland), who made his sensational debut in “Captain America: Civil War” begins to navigate his newfound identity as the web-slinging super hero in Spider-Man: Homecoming. Thrilled by his experience with the Avengers, Peter returns home, where he lives with his Aunt May (Marisa Tomei), under the watchful eye of his new mentor Tony Stark (Robert Downey, Jr.). Peter tries to fall back into his normal daily routine — distracted by thoughts of proving himself to be more than just your friendly neighborhood Spider-Man — but when the Vulture (Michael Keaton) emerges as a new villain, everything that Peter holds most important will be threatened.

Spider-Man: Homecoming re-webslings into our hearts in US and UK theaters July 7, 2017. 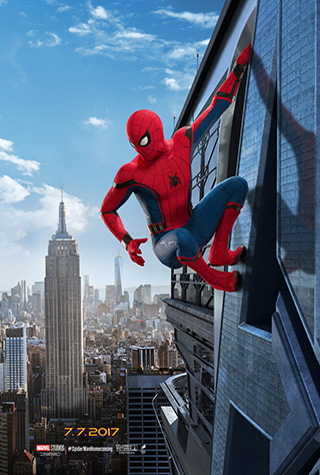